If you're looking to wield the STG44, here are the best attachments and perks. 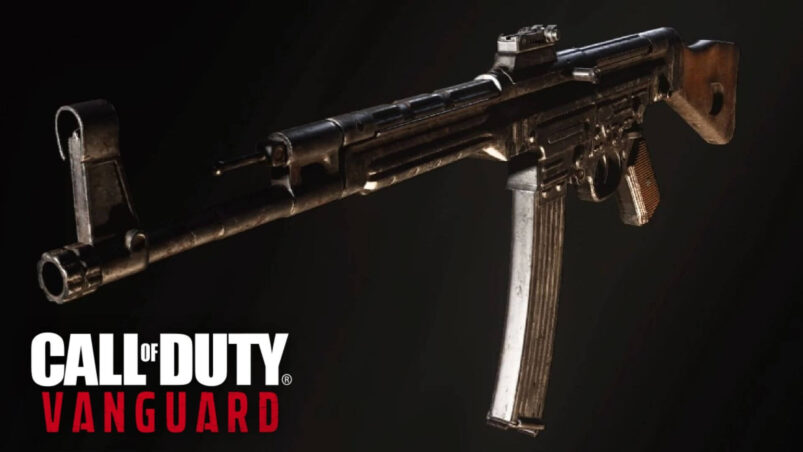 The STG44 is one of the most well-rounded AR in Call of Duty Vanguard and can become quite a reliable beast in the right hands. Further customization by taking advantage of Vanguard’s fluid and flexible gunsmith can tune the STG44 to be one of the deadliest guns around. By the end of this guide, you’ll know how to maximize the STG44’s full potential by learning the best attachments and perks for the weapon.

Although deadly in its own right, the STG44 can be even better when you place certain attachments to it. On the gunsmith be sure to look for the specific attachments for the best STG44 build.

You might have difficulty choosing which attachments to pick, considering there are about 10 different attachment types you have to take into consideration. But to better give you a clear picture as to what attachments to use we’ll be explaining them each to break down how they work.

Coming up first is picking the muzzle. This is where the F8 Stabilizer is the best. If you couple that off with the Krausnick 317MM 04B for the barrel then you essentially have a high functioning laser gun with high accuracy, better retained damage over range, and less weapon sway. However there is a caveat to this as it decreases your ADS Speed and sprint-to-fire speed. However the following attachments will compensate for it so there’s little need to worry.

Picking an optic would be up to personal taste. Just ensure that you don’t pick one that worsens your ADS speed. This is why we recommend the Spitfire MK.3 Reflector for your optics.

To compensate for its shortcomings due to the preceding attachments you should pick the Removed Stock option as it will improve your movement speed, ADS speed, and sprint-to-fire speed. Take care not to put too much reliance on accuracy attachments as they may leave you too slow to aim down your gun when it matters.

For the Underbarrel attachment, the M1930 Strife Angled can help further reduce recoil upon firing. This makes it a great choice to complement our STG44 gun build.

Now it’s time to pick the magazine. We recommend going with the .30 Russian Short 20 Round Mags as they increase your damage significantly. While this lowers your magazine down to twenty bullets, the increased damage more than makes up for that shortcoming. With the F8 Stabilizer, Krausnick 317MM 04B, and M1930 Strife Angled you already have a good degree of accuracy so that you won’t need to rely on spraying your gun.

Not only does the .30 Russian Short 20 Round Mags increase the damage of the STG44 but it also helps you reload quicker and improves bullet velocity, meaning that your shots land on your target faster. To help make our bullet velocity better, the best type of ammo you can use is Lengthened ammunition. You’d be practically landing those shots instantly.

The last attachment should be choosing your rear grip for the STG44. Stippled Grip is the final piece to complement the gun as it optimizes accuracy and reduces recoil.

Now we have to pick the best weapon perks. To complete what’s best for our build, we can utilize the Vital perk for Proficiency. This perk expands the hit box for landing critical shots so you won’t necessarily need to score headshots to maximize the damage of the STG44.

For picking your Kit perk, we recommend having the ability to immediately start firing again after using other equipment. The On-Hand perk is your best choice.

Now to compliment our AR build here are some of the best perks that we can choose.

For your first two perks, Ghost and Radar are essential picks due to how they help you on the field. When the enemy radar is attempting to reveal your position, the Ghost perk denies that attempt and masks your presence. The Radar perk modifies your minimap so whenever somebody fires their weapon, their location will be revealed on the map with the exception of silenced firearms.

Double Time isn’t necessarily a must-have perk. But it helps when trying to get back into the fight and spawn as fast as possible.

While you’ll mainly be using the STG 44 for most your fights, don’t slack off on picking your secondary equipment. The machine pistol is very handy to swap out when you run out of ammunition and have no time to reload.

The Mk.2 Frag Grenade is a reliable Lethal throwable no matter the scenario. Equipping the Stim as your tactical is for the best as you’ll immediately recharge your health after a tough fight while also resetting your Tac Sprint.

For field upgrade, use Armor to give you a better chance in surviving gun fights. That extra addition to your health can be edge you need to come out on top in any fights.

With these attachments, loadout, and perks you are not a force to reckon with the STG44 on your hands. This is arguably the best optimization for this weapon.