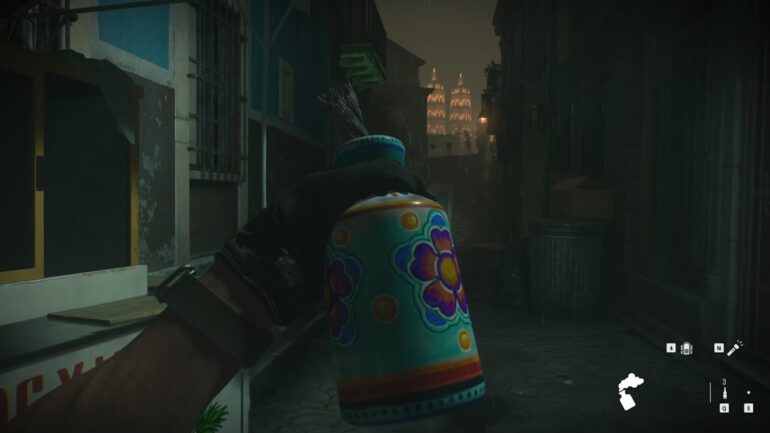 This guide will let you know how the crafting system works in Call of Duty Modern Warfare II and what you can actually craft in the game.

The first thing people need to know about the crafting system is that there are only two levels that use the crafting system. The second thing to know is that it’s not a universal thing. Crafting depends entirely on what the level has available.

If you’ve ever played The Last of Us, then this is going to sound very familiar. Your character looks for stuff they can collect and combine into something that can be used to distract enemies. (Unless it’s a glass shiv, then you’re able to kill someone.)

There is an entire button dedicated to the crafting menu, on PC that’s the number 4. When you’re on this screen you can see the things you can craft and if you have enough materials, you can go ahead and make them. But unlike the Last of Us, the animation of making said improved gadget might get you killed. I know it’s happened to me on more than one occasion.

The materials you need to make the gadgets are scattered around the map. If you see them, pick them up with the press of the interact button.

These are the items you can get currently in the game:

Here’s what you can craft with these items.

And that’s all the items we know that you can craft in the campaign. Should more be added in the future in other modes, we will update this article.

We also have a review for Call of Duty Modern Warfare II campaign if you are interested.