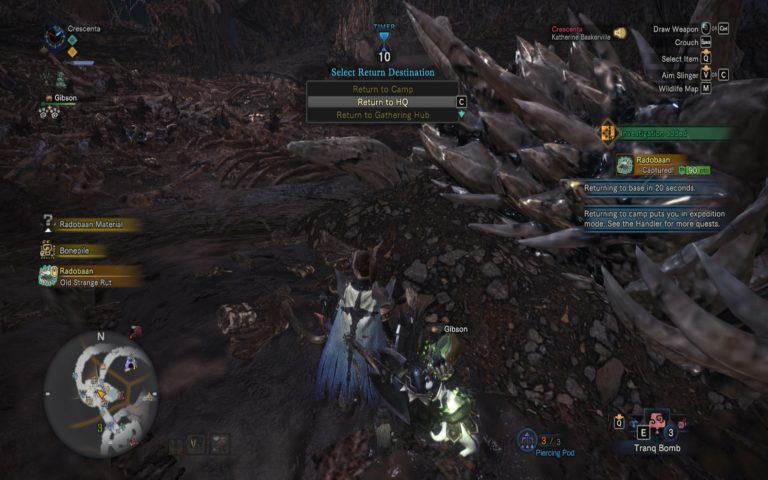 But hold on. I didn’t say your sword was useless. In fact, it’s not the weapon I’m here to talk about rather the method of hunting. So, there are two ways to go around this: either you slaughter them to death or you capture them. And personally, I found capturing to be more rewarding. 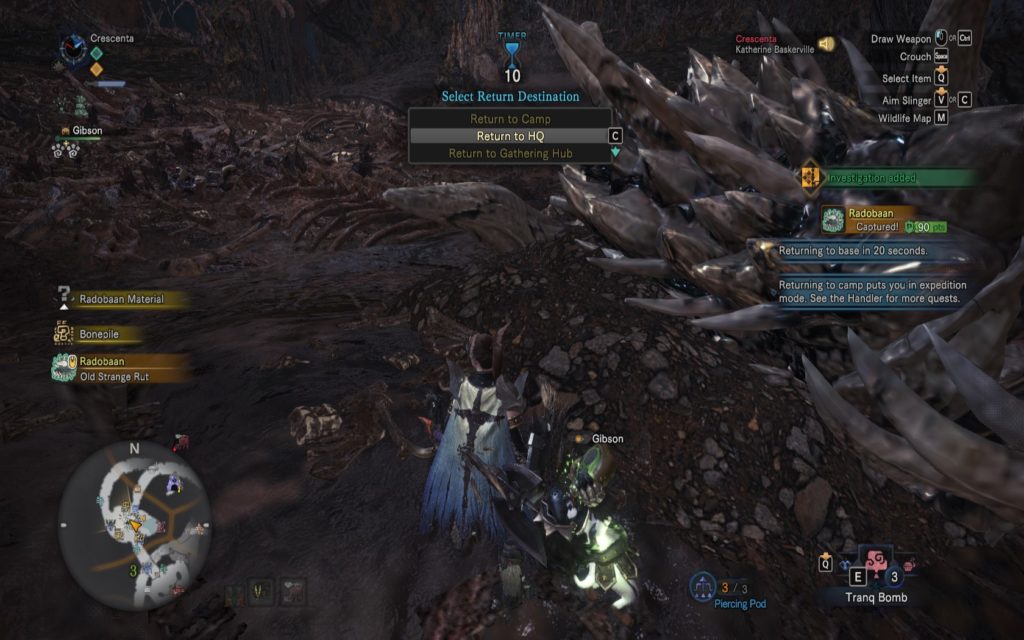 Capturing monsters in Monster Hunter World require a deployment of traps and controlled damage. Capturing works very handy especially against regular creatures and tempered creatures. Unfortunately though, it doesn’t work on Elder Dragons. So, for those who need Elder Dragon materials, you’ll have to grind your way through it instead of capturing monsters.

However, other creatures don’t have that problem and you can easily cut the battle short by capturing them. This requires one to deploy a trap (either the Pitfall Trap or the Shock Trap) in order to trap them and bring them home. The process to trapping a creature however can be a bit complicated at first so, I made this guide to help everybody have an easier time in capturing the creature instead of having to mindlessly slay them.

But why capture them? Well, for starters, you have more materials to work with in comparison to just whacking them silly. When they die or when you slaughter them, you have to contend with the RNG for certain materials. So, why contend heavily against the RNG when you can just capture the whole thing? Not just that, some quests actually require you to capture the creature instead of just slaughtering them.

There are several tools required when capturing monsters. And some traps don’t work too well against certain creatures especially when you don’t injure them well enough. So, I’m gonna walk you guys through each tool to make sure everyone gets it. 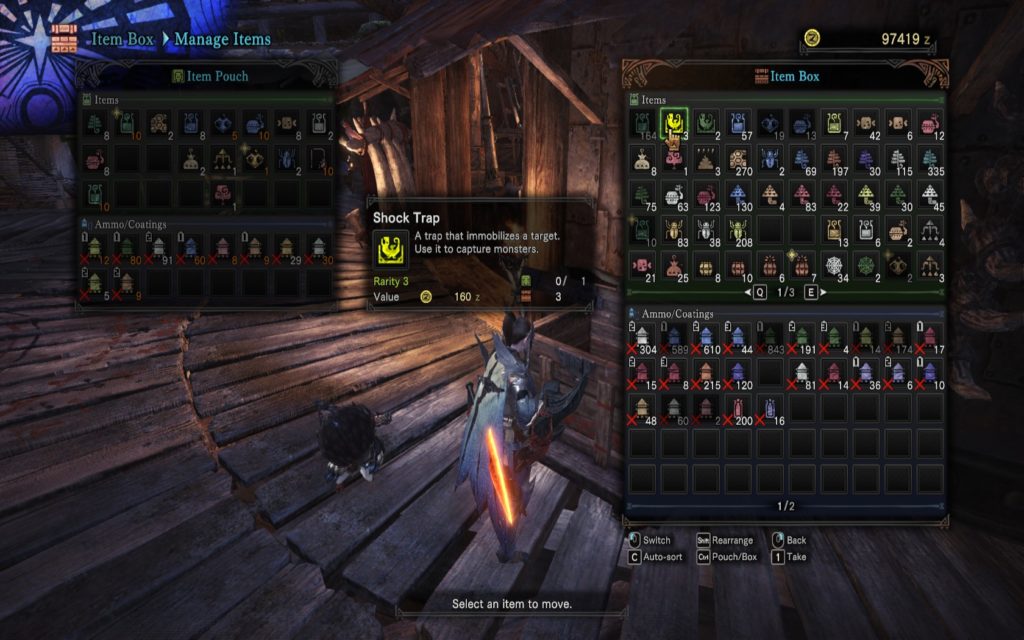 Shock Traps are everyone’s go-to for capturing monsters. It’s easy to make, easy to farm for and most of all, easy to deploy. However, the ease of deployment doesn’t mean it will trap the creature as long as the Pitfall Trap. The Shock Trap traps any kind of creature regardless of weight unlike the Pitfall Trap which requires the creature to be heavy.

Unfortunately, there are some creatures that are not so easily captured by this. One being Elder Dragons because of their immunity to traps. There’s the Tobi Kadachi, a Thunder-creature, in which because of its element shortens the amount of time its trapped in the Shock Trap. So, before you put the trap down, throw down two Tranq Bombs while the monster is sleeping so that you’ll have an easier time capturing it.

Once the trap procs, you won’t have any problem. And voila, monster captured! 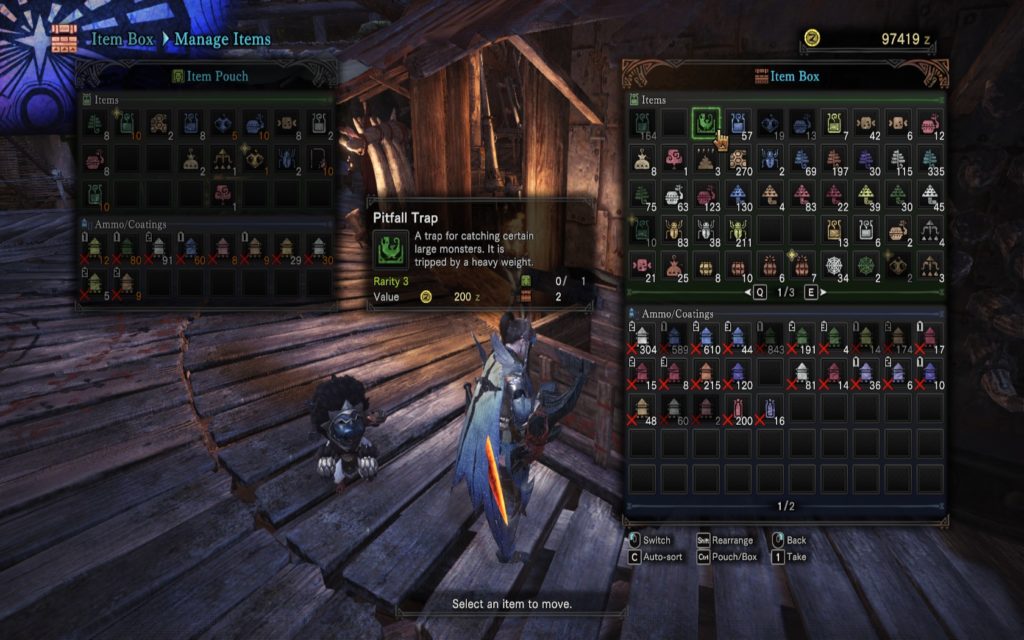 The Pitfall Trap may be harder to create but it’s way more fun when capturing monsters. It binds the monsters for much longer and works best on heavy monsters. Heavy monsters include the Radobaan, Uragaan, the Rathalos, Diablos (both Black and Regular), Jyuratodus, Odagoron, Barroth, and Anjanath. But the trap can still work on lighter monsters like the Kulu Ya Ku, the Tzitzi Ya Ku, Tobi Kadachi, and Pukei Pukei. Your main concern however is if they don’t touch the ground. Monsters that commonly have this issue include the Legiana who is constantly up in the air with the Paolumu, making it quite annoying to whittle them down.

These will be your best friend when it comes to capturing monsters. Tranq Bombs are made easily through Parashrooms and Sleep Herbs which are found all over the place. However, the problem with landing the Tranq Bombs is that it takes awhile to launch them. And its best effect, is when its launched into the creature’s face. So, the best time to launch this is when it’s asleep. And some times, the Tranq Bombs may not even have an effect even after launching two. Sometimes, it takes 3 which you’ll see happen during Tempered Creature Hunts.

However, there’s also something known as Tranq Ammo which has a higher chance of knocking down the monster and tranquilizing them.

And now we know what tools to use when capturing monsters, here are some tips to go by to help make your hunts easier!

Whenever you find tracks, get it.

When capturing monsters, having the maxed out research level of the monsters is the best way to catch them. Not only can you predict where they’ll go but when you reach the area, you’ll be able to find the monster instantly.

Wait until you see the “skull”.

While fighting, you’ll notice that a skull will appear on the creature on the map. Then, you’ll also notice the monster limping. When the monster starts limping, you know its time to start capturing it. It’ll hobble its way back to the nest and finally sleep. Now, you have to find it within 3 minutes. For every 3 minutes, it’ll replenish its HP which will make it harder to capture.

Make sure there’s no other creature with you.

Break off the pieces.

The more parts you break, the more rewards you get. Depending which part of the monster you break, players can get the desired part they’re looking for. Like, two Rathian Spike+ can drop if you break off the tail and capture it.

Get the Palico Gadget that allows your Palico to set traps.

This will not only save you on Shock Traps but also on Flashpods, making capturing monsters a whole lot easier.

There you have it!

So those are the tips so far we have for Monster Hunter World! Do you have any suggestions? Leave it in the comment box so I can figure out more articles that will help all the fellow hunters out there!