The world of Vanguard has expanded even more 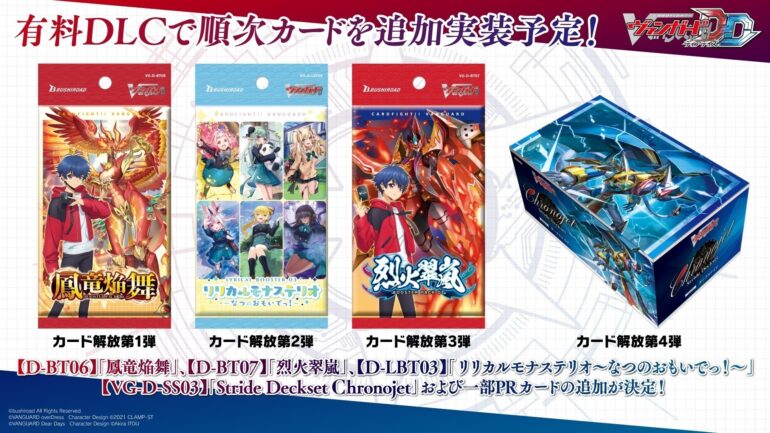 Cardfight Vanguard DD DLC set was recently announced by Bushiroad and players will be amazed at how updated the content of the game will have on its release.

In a recent stream made by Bushiroad, the developers of the game announced that a DLC set will be added to the game. The DLC will feature booster sets and special decks. The list of boosters that will be added is the following:

Info about these sets will be revealed soon by Bushiroad after the release of the full game of Cardfight Vanguard Dear Days. Plus, it is also revealed that there will be a special DLC season pass added to the game and more info about it will be shown in the near future.

Cardfight Vanguard Dear Days is set to be released on November 17, 2022, for the Nintendo Switch and PC via Steam. For more news and details about the game, visit their main website. Pre-orders for the game are now open for both digital and physical versions. Those who have pre-ordered the Nintendo Switch version physically will receive the following promo cards which will debut in the game exclusively.