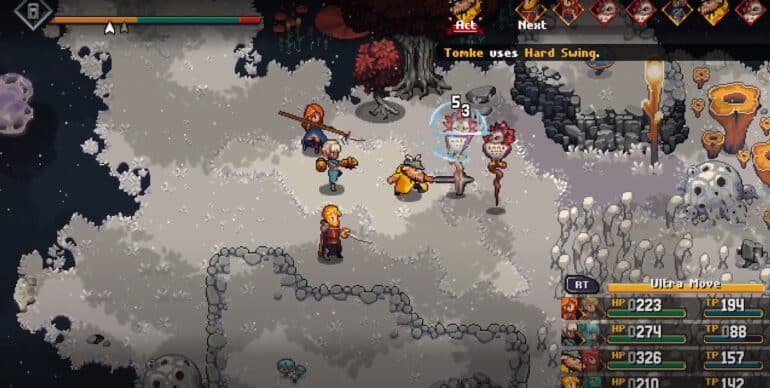 The pixel-perfect JRPG that blends fantasy with mechs and airships is finally getting a release date. The story-driven epic will now launch on December 8, 2022 for the PS4, PS5, Xbox One, Xbox Series X/S, PC, and Nintendo Switch. It will also be available via Xbox Game Pass for PC, consoles, and the Cloud on day one.

Chained Echoes is a traditional, all-encompassing JRPG inspired by the classics of the SNES and PSX era. Players can explore a JRPG fantasy full of exciting challenges and appeal. The new trailer also features more gameplay, showing off the combat system, some mecha fights, and the stunning pixel visuals.

Players will find themselves on the continent of Valandis, finally at peace after centuries of war. But peace is fragile, conflicts lasting for centuries just won’t disappear, and a new war could break loose at any time… Can a group of strangers restore the peace?

Chained Echoes is packed full of magic, mechs, swords, boss fights, turn-based combat, a complex story and roughly 40 hours of content. The game’s overdrive-combat system ensures fights are fast-paced while still offering massive tactical depth. Creatively tune the skill set of your party and slay even the most vicious foes like a whirlwind!