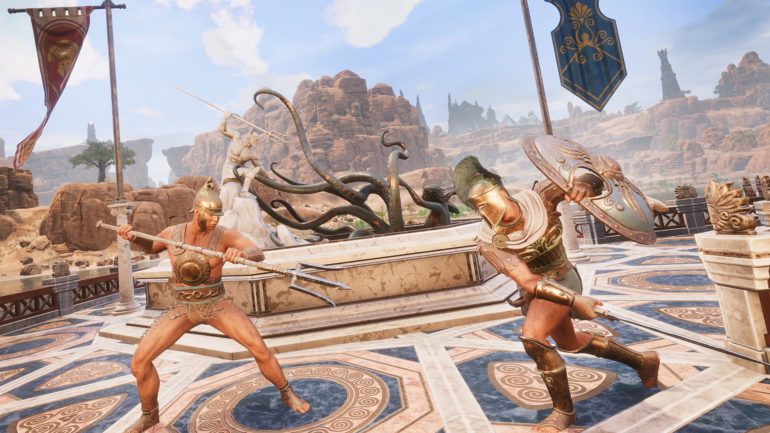 Architects of Argos will have a total of 94 new building pieces, placeables and gear, which are all inspired by the ancient seafaring nation Argos. Players will be able to enjoy some Mediterranean style armor and building pieces. With the new DLC, there are now more than 500 different building pieces to try out in the main game with hundreds of pieces of furniture and decorative items.

The game takes place in the Hyborian Age, between the sinking of Atlantis and the rise of the known ancient civilizations, and Argos bears a striking resemblance to the present-day Mediterranean. This is reflected in the items made available in the new DLC, all of which are inspired by some of history’s most glorious cultural treasures.