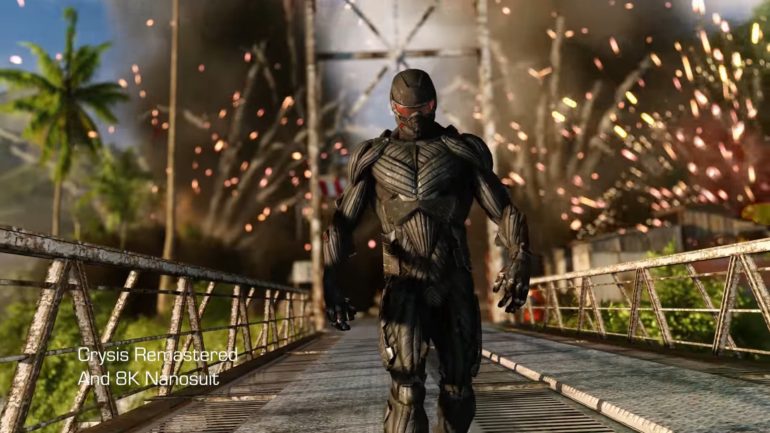 The new video showcases the game’s visual prowess with the new upgrades and optimizations. It has footage from the original game and the remastered version in 8K resolution.

The remastered version will take advantage of the latest current-generation hardware abilities and technological advancements like ray tracing, up to 8K textures, enhanced particle and explosion effects, SVOGI, and many more.

This new version was actually developed and optimized with the help of Saber Interactive. Earlier this month, Crytek revealed the official PC requirements for the game. They also revealed that there will be a new option for PC players called Can It Run Crysis? mode, which will take advantage the full abilities of the hardware it is installed in.

Crysis Remastered will launch on PC, PlayStation 4, and Xbox One this coming Sept. 18.