It was well worth the wait 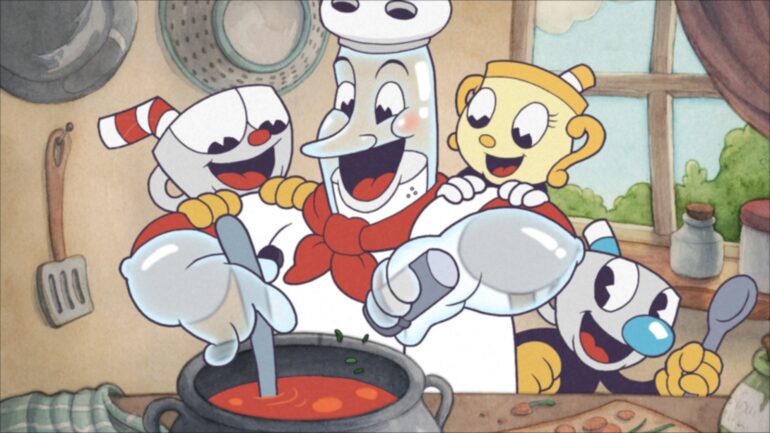 Cuphead is one of those Indie darlings that quickly took the world by storm with a combination of difficult, yet satisfying gameplay and endearing 30s cartoon art style. Today Cuphead is more of a cultural icon with players posting their “no damage” boss runs on Youtube and the denizens of Inkwell Isles receiving an animated series. And so the whatever expansion Cuphead has in store, it better be pretty darn good… and Fortunately, The Delicious Last Course delivers that in ample amount.

Upon the instruction of the Legendary Chalice, the boatman brings brothers Cuphead and Mugman to Isle IV, and there they are immediately shocked by the discovery that they can bring the Legendary Chalice back to life. And it involves eating a cookie. The catch? She needs to swap places with someone in the mortal realm AND the effects are temporary. Luckily enough, Chef Saltbaker, the one who created the cookie, offered to provide a more prominent solution. And of course, it’ll be up to us to gather the ingredients for said dish.

And yes, the owners are not exactly thrilled with the idea of handing off their property to strangers Should we have asked kindly then?

The new boss encounters are rather more fast-paced compared to previous fights. The arena fights are multi-stage as usual and they are right in the standard as some of the best fights in the base game. I think these boss fights have been designed with Ms. Chalice in mind. They are totally doable with Cuphead and Mugman, you’ll just need to time your jumps and dashes a little more.

Ms. Chalice brings a whole style of play to the game. This is great because you can play the base game again with a whole play style that wasn’t available with just the cup brothers.

Now going to her move set. She doesn’t cover as much distance in a single jump but she is capable of double jumping while in mid-air. She doesn’t parry on jump as the cup brothers do. Instead, she parries while she’s dashing. This is a huge change and comes in very handy in the new set of parry challenges. It should be noted that while she shares the same primary and secondary attacks as the brothers, her Supers are similar, yet different. Take the first and second Supers, for example. Her Super I is vertical as opposed to horizontal, and her Super II allows her to take an extra hit as opposed to brief invulnerability.

All in all, she’s very well balanced. We’ll take about her more when it comes to her being in the base game.

When it comes to airplane encounters, Ms. Chalice’s airplane comes with a 3-point spread shot that covers a wide cone. Of course, since it’s a spread shot type, it is generally weaker per shot. But on the bright side, you’ll be able to attack at certain angles that would otherwise not be possible with the other planes. And because of this, you are further incentivized to play defensively. And the encounters generally last longer because the damage isn’t too focused on her plane. I was legit bewildered at how much faster I took down Ester Winchester with the old planes. But then again, I was taking more risks and was generally familiar with the attack patterns.

Also, her plane’s alternative fire doesn’t launch mini bombs, she tosses grenades. I don’t really know if they do more damage than usual, it just feels like it.

On my final thoughts with the boss fights, they are really fun. Sure they are frustrating initially but they don’t drag on like some of the other fights in the base game. They are snappy and deadly, so that means they don’t last as long, right? Well, that’s how I like to see it. There are a couple of noteworthy twists like the third stages of Doggone Dogfight and Gnome Way Out but let’s leave that there.

Apart from the new content, I think the best reason to pick up the DLC is to be able to play the main game again as Ms. Chalice and see how she fairs against all the old bosses. From my experience, she makes quick work of some bosses on account of her being so mobile and her dodge roll is just so handy. But against others… it is pure pain.

I won’t say much about the ending. All I can say is that it was intense. Not as intense as the Devil’s fight but it is certainly very visually appealing. I gotta give credit to the animation teams who worked on the final fight. It was certainly a spectacle.

All in all, Cuphead The Delicious Last Course is the dessert to the whole full course meal. You don’t really NEED it… but you’re really missing out if you don’t have it. I can confidently say that this is an essential piece of DLC and I strongly recommend all players who enjoyed the base game to pick this up. You are not going to regret it. 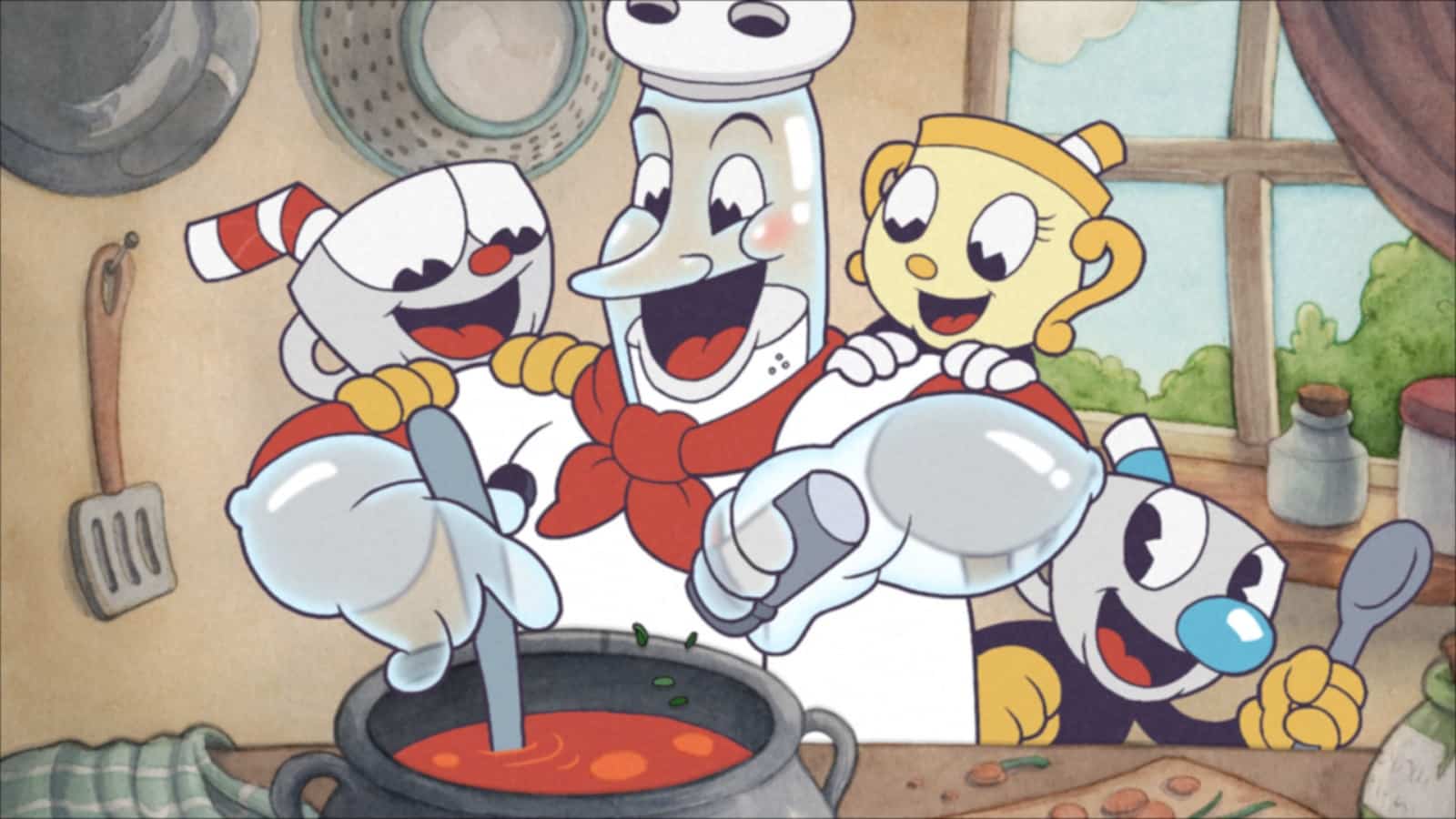 Cuphead The Delicious Last Course – Review
Score Definition
Almost perfect if not for the nitty-gritty. If it’s quite there but not enough to push the boundaries, it’s still an awesome game.
Pros
A great addition to base cuphead
Miss Chalice playable in the base game
Just as polished as the base game
Cons
A tad bit on the short side
Predictable ending?
9
Excellent