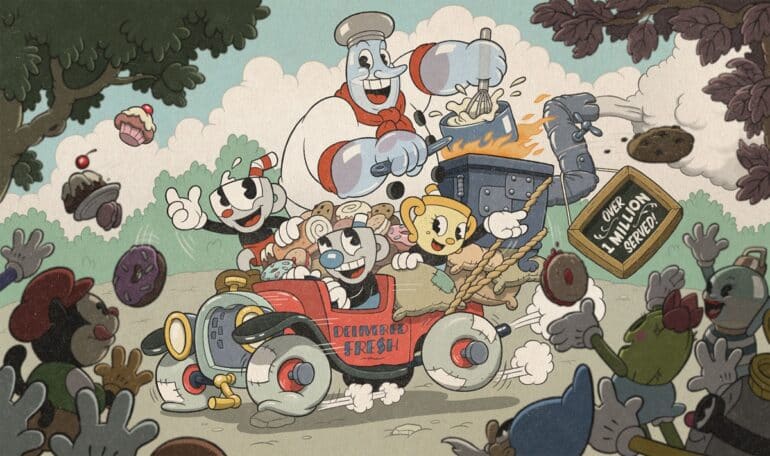 Studio MDHR has recently announced that the latest DLC Cuphead The Delicious Last Course has now reached a new milestone in terms of sales.

The popular downloadable expansion, Cuphead The Delicious Last Course has now reached a big milestone in just less than two weeks since its launch. It has now sold one million unit across all available platforms.

“This marks an even quicker timeline than it took for the original game to achieve this momentous feat, and we are just beside ourselves with joy and appreciation,” says Studio Director and Executive Producer Maja Moldenhauer in a blog post on Studio MDHR’s site. “These words certainly do not encompass how grateful we are, but to the amazing Cuphead players worldwide we say nonetheless: thank you from the bottom of our hearts.”

Cuphead The Last Course launched on June 30, 2022 and gained a lot of praise from both press and eager fans. It is now available on Xbox One, PS4, Nintendo Switch, and PC via Steam and GOG for only $7.99 USD. Players who want to get the whole package can get the Cuphead and The Delicious Last Course as a bundle for only $26.99.

About Cuphead The Delicious Last Course

In Cuphead The Delicious Last Course, stalwart brothers Cuphead and Mugman are joined by the clever, adventurous Ms. Chalice – known to fans of the original as the wise Legendary Chalice – for a rollicking adventure on a previously undiscovered Inkwell Isle! With the aid of new weapons, magical charms, and Ms. Chalice’s unique abilities, players will take on a new cast of fearsome,  larger than life bosses to assist the jolly Chef Saltbaker in Cuphead’s final challenging quest!