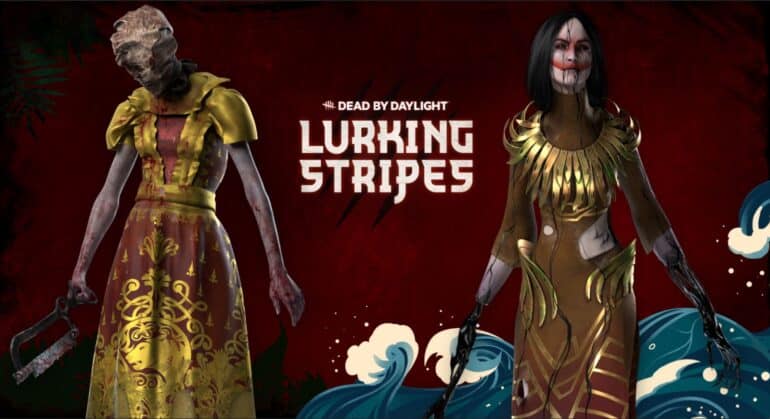 Players who open your red envelope during the Dead By Daylight Lunar event 2022 will be rewarded with Lurking Stripes cosmetics. In addition, a new skin for Yui Kimura, as well as other cosmetics, can be purchased by players.

Generators and Hooks have been given a slew of fireworks to better match the season’s atmosphere. They’ll go off when the generators are finished, or when a Survivor is hooked up, whichever comes first.

Killers and survivors have cosmetics that can be unlocked in the following:

Cosmetic renders for Chapter 22.5 were leaked by DBD Leaks on Twitter.

The red envelope unlocks Bloodweb rewards and Lurking Stripe cosmetics, which is a Lunar event 2022-only Dead By Daylight exclusive.

The following is an example of how the offering in Dead By Daylight that can be used by both killers and survivors:

In addition, shown in the image below, there are two Charms in honor of the Lunar New Year.

The Chinese Firecracker Item and the Red Envelope Offering have traditionally been re-enabled in the game. The Festive Toolbox, a new item for Survivors, was also added in 2021.

Lunar offerings, will be the primary focus of the event, so players will be rewarded with extra Bloodpoints for collecting them.

The Red Envelope can be used to spawn it in your next Trial if you have it in your Bloodweb.

New items that survivors can utilize in addition to Red Envelopes, each of which has its own set of advantages and disadvantages: