A proper look to Dead Space, the first 18 minutes that is! 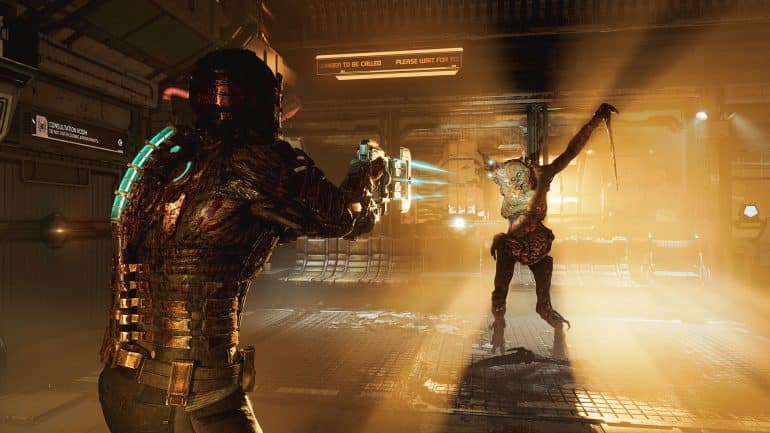 New Dead Space Remake gameplay footage has been released featuring the first 18 minutes of the game.

With the launch of The Callisto Protocol a bit of a tragedy, the next best thing is the upcoming video game Dead Space Remake. Some media outlets are already getting their review copies it seems as they upload the first few minutes of the game on streaming websites and one of them is from media outlet IGN. At least this game already has an established story and all they needed to do was revamp the visuals and add a little “spice” to it to make it a bit different than the original.

The first few minutes start off strong with the visuals looking quite crisp and Isaac Clarke, the protagonist of the game, talking for the first time. He exchanges banter with his crewmates as they try to land on the Ishimura only to badly land on the landing area due to an empty flight control office. The whole crew investigates (which is a poor decision for the crew).

When the crew enter the flight control area, they were greeted by an empty room. Everything has been scattered around and they smell something bad. The alarms suddenly go off and they hear something crawling in the vents. This is where they first encounter the horrifying necromorphs who easily kill off one of their crewmates and force them to separate to stay alive. Isaac even got a close encounter with the monster as he escaped to the elevator.

The video ends where Isaac meets up, somewhat, with his surviving crew members. The only problem is the tram runway getting blocked and Isaac has to fix it so they could escape the monsters and meet up with possibly the survivors in the Ishimura. He encounters more monsters along the way, he finally acquires the trusty Plasma Cutter, and more.

Based on the footage, the game is looking pretty promising already. Hopefully it holds up when the game launches.