Dead Space Remake Trophy Guide & How to Get Platinum 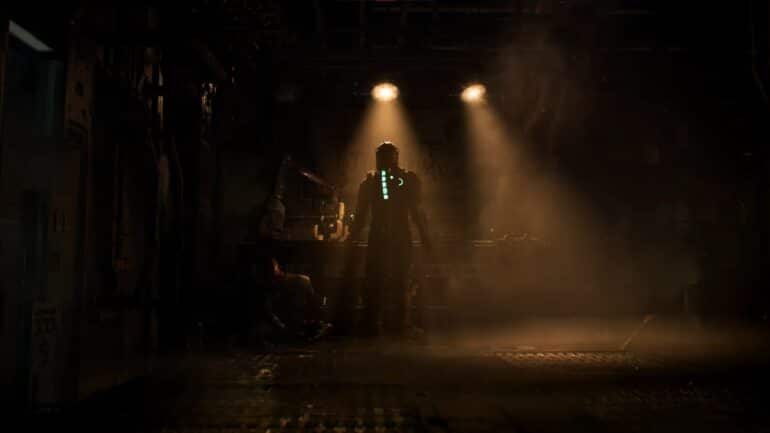 The Dead Space remake brings back a timeless gaming classic with a new coat of paint and a little more detailing. For many horror game fans, Dead Space is the pinnacle of not just the space horror genre but of gaming horror itself. The original game gave off that Metroid vibe as a (mostly) silent protagonist, Isaac Clarke, navigates the deserted corridors of the USG Ishimura in order to find a means to survive a nightmarish scenario.

The remake keeps the general order of events the same. The additions to the game, such as the expanded story and the security system serve to enhance your Dead Space experience. At least, that’s what we are led to believe. We’ll find that out on launch day.

In this trophy guide, we’ll tell you what you need to know to set you on the right path toward the Platinum trophy for EA’s Dead Space Remake. This is a classic game, and it is heartening that many of the trophies are familiar to veterans of the game at first sight.

There are 48 trophies to collect in total:

If you’ve ever played the original Dead Space game on PS3, this list will look awfully familiar to you. It’s a bit more streamed-lined than it was before, having some of the more time-consuming ones removed outright. Oddly enough, with the number of times you have to replay the game, dismembering 1,000 limbs doesn’t seem like a stretch.

Speaking of, you’ll need to replay the game at least two times in order to get a couple of major trophies. You can go on Normal mode for your first run to gather resources and then go for Impossible mode on New Game Plus. Here’s something to keep in mind, Impossible mode in the original game was a walk in the park compared to the second game’s Hardcore mode. Impossible mode isn’t as intimidating as you might think as you can bring all your weapons and money into New Game Plus from previous playthroughs.

For the One Gun Silver trophy, you can either choose to do it on your first or second playthrough. Don’t worry though, if it’s anything like the original Dead Space, there isn’t an enemy in the game that you can’t make quick work of with a plasma cutter and stasis. (Aim for the limbs. Always.) Also, you might want to leave all other weapon slots empty to ensure that you get the trophy without a hitch.

In the original game, it took a lot to get Platinum in two full runs. Monetary issues aside, it was always upgrade modules that you’re always short of. We don’t know how the inclusion of Security Doors will affect the pace to upgrade all weapons but if don’t need upgrade modules to unlock extra doors then that’s all the better.

Between the newly added ending, Nicole’s investigation, and creating the Master Security Override, we can’t say for certain that you can get all the clear trophies in a couple of goes. You might need to do one more to round out your equipment. But whatever it may be, we suspect the new ending has something to do with the Marked Bronze trophy which requires you to pick up a Marker fragment for the first time.

The weapon-adept trophies are pretty much self-explanatory. You can use stasis on enemies to slow their movements and then stomp attack them until they are “dead-dead”. This will help you in both the Backbreaker and Freeze trophies.

Final things to take note of:

In the original game, the shooting gallery is on the Marine troop transport. You can get to it after entering the crashed transport. The Zero-G basketball court can be found in the common rooms in Chapter 10. And the Peng Treasure should still be in the hangar bay. (We’ll update the article if there are any changes.)

And that’s all we have on Dead Space Remake for the time being. If there are new changes between now and the release date, be sure to check back this article.

Check out the official gameplay trailer from the Dead Space YouTube channel.