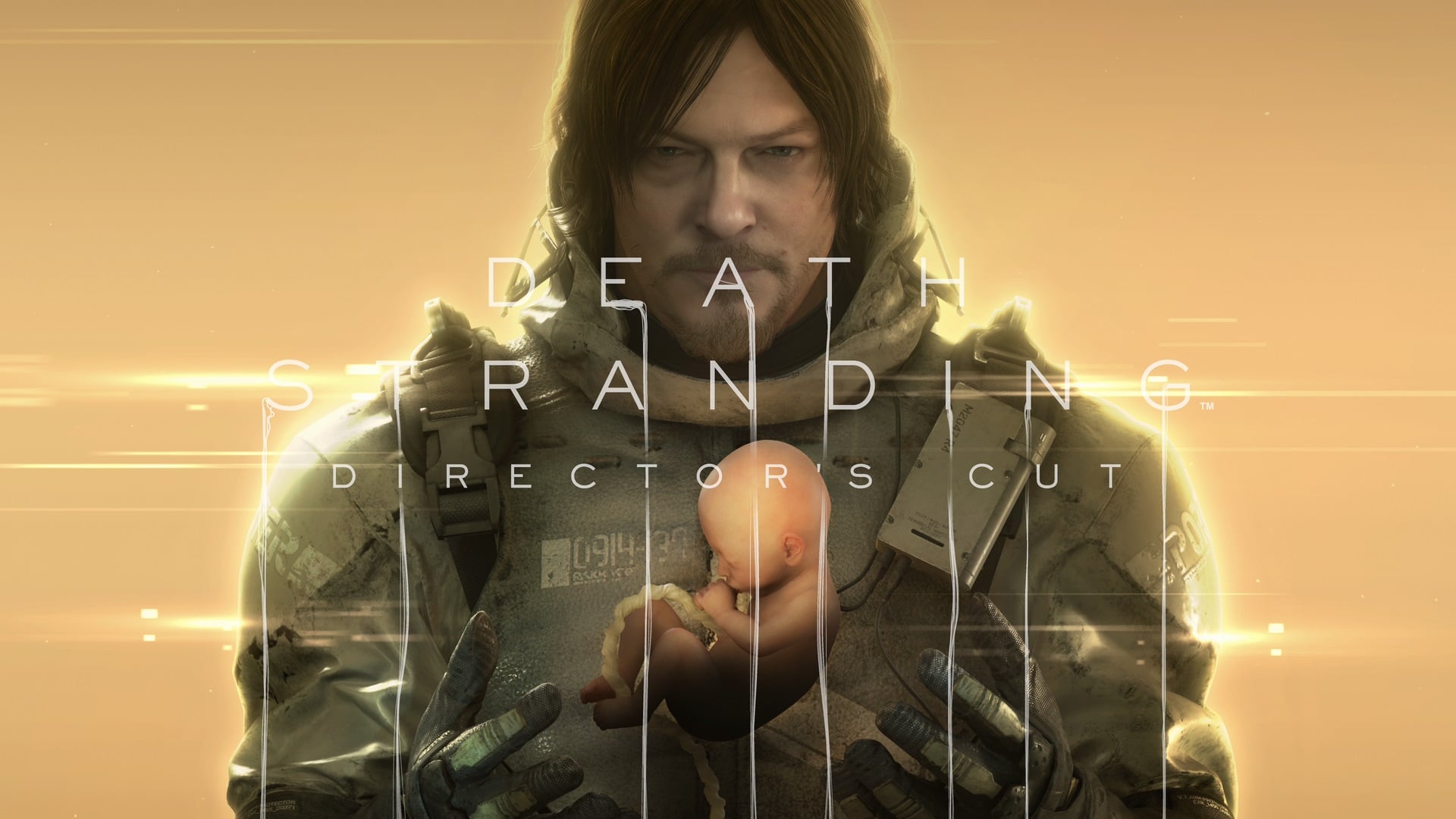 Kojima's finest hour has been enhanced 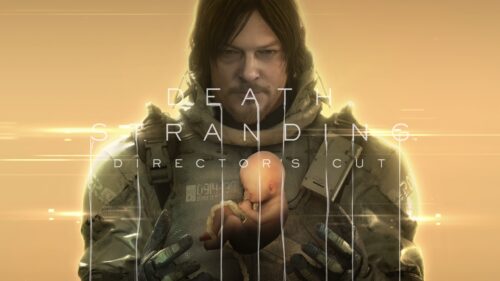 Death Stranding is a polarizing game, to say the least. I can’t think of a more intimidating game for the average consumer looking for something new to play. Every trailer explains nothing about the game, as a matter of fact, the trailers will probably leave you with more questions than answers, and critic reviews vary so wildly that it’s difficult to pin down if you’ll like this game or not. I believe that Death Stranding is an incredible work of art that deserves to be at the front of every story-driven gamer’s list. If you can just get past the tough opening ten or so hours, you’ll have a rewarding experience with a story that is worth seeing through to the end.

The Director’s Cut of Death Stranding is here, two years after its initial release, and it is an excellent upgrade over the base game. There are two new graphical options exclusive to the PS5, a performance mode for a locked 60 frames per second and a quality mode featuring 4K resolution at an unlocked framerate. Both of these modes look great; although I wouldn’t say any PS4 user is missing out on any graphical improvements, Death Stranding looks good on all platforms. The black bar cinematic mode is a nice touch in this Director’s Cut, though.

Death Stranding is still very much the same game; if you didn’t enjoy the very one-note mission structure of the base game, you certainly wouldn’t appreciate it now. But to everyone else looking for something new to experience, this Director’s Cut is the version I recommend. The most important parts of the Director’s Cut come in the form of meaningful quality of life improvements and additions to help make those opening hours easier and get to what makes Death Stranding so great.

Regardless of where you stand within the Death Stranding discourse, one thing we can agree upon is that one of Death Stranding’s biggest problems is how obtuse and unforgiving it is to new players. With the Director’s Cut, steps were taken to fix this problem and provide a much easier time at the start of a playthrough where most gamers would likely bounce off.

The Director’s Cut doesn’t add any type of rigorous tutorial system; figuring things out on your own is the name of the game, after all. Still, it includes a handful of preplanned paths for your first few orders, which is a godsend for anyone trying to figure out what to do and how to tackle this treacherous open world. Instead of throwing you right into the fire and saying, “Hey buddy, good luck out there!” you will have three paths to walk down for your first orders, with each route labeled as easy, medium, or hard. These preplanned routes act as guided learning for interacting with the map and planning routes along your journey, hoping that you will grasp route planning early on. There will still be unforeseen challenges such as MULEs or BTs, but this is an excellent and welcome feature for anyone starting out with Death Stranding.

The most convenient additions for newcomers are the new support skeleton and maser gun. This active skeleton and weapon combo are unlocked early on in Episode 2, which is a good few hours before you can unlock any other more powerful weapon or skeleton within the standard game’s progression. My biggest frustration with the original version of Death Stranding was with those pesky MULEs; they’re always on my tail and trying to rob me of my precious cargo. Now MULEs are basically a nonissue past your first encounter with them, thanks to the maser gun. Add in the support skeleton that will allow you to carry heavier loads with more stability, and you’ve got a much easier Death Stranding than the initial release.

The more manageable opening hours don’t take much away from the Director’s Cut experience. Some might argue that it ruins the sense of progression that was initially there, but I disagree. Death Stranding is not necessarily a game about building up Sam so that he can progress to more demanding challenges like, say, a Zelda game is. Instead, Death Stranding is about connecting and making the challenges that lie ahead easier by building together and helping each other out. An active skeleton and non-lethal weapon are pretty weak against the BTs and terrain of the mid to late game. For help in the mid to late game, you’re going to have to build with your fellow porters, and there’s plenty of new things to make in the Director’s Cut.

It feels like Kojima never stopped thinking about awesome things to add to his game since its release in 2019. There are a substantial number of new projects and fabrications at your disposal with this rerelease. There’s even a whole new game mode to play once you complete the Racetrack and unlock the Fragile Circuit. The last thing I thought Death Stranding would be about is car racing, but now you too can test your driving skills with the Chiral Racing Cup.

Most of these new additions are some minor quality of life fabrications that continue to make Death Stranding just a little bit easier. There’s a new buddy bot that will follow you and carry cargo for you, chiral bridges to help you reach small cliffs, and jump ramps that will send you soaring across chasms. I can’t forget about the cargo catapult either, which is a lot of fun to use and probably my new favorite way to deal with cargo. You load up the catapult with your delivery, shoot it across the map, and then go pick it up later after you breeze through the landscape without all that cargo weight holding you down.

None of the new stuff felt as necessary as the other early game goodies, though. I will take an active skeleton and a weapon over most of these new fabrications any day of the week and could probably complete the game much the same. Still, you can tell that Kojima productions had one goal in mind with these additions, and that is “fun”. You can drive a race car with a baby strapped to your chest in a post-apocalyptic world now; how is that not fun?

It almost feels strange to review Death Stranding in 2021, given the drastic change in the world since its initial 2019 release. Kojima is something of a prophet when it comes to the stories he likes to tell. I’m sure no one would have guessed that MGS2 would be foretelling how we interact with the internet in modern times, yet here we are. Now we have Death Stranding, a game about isolation, death, and connection that might feel all too real in the year 2021. This game has a crazy plot that to even attempt to explain it is a fool’s errand. But that’s Kojima’s magic; he will present his absurd concepts with such camp and charm and in a way that somehow makes sense within the worlds he builds. Playing Death Stranding is like watching an arthouse film, but it accomplishes things that can only be done through the medium of video games. No movie will ever be able to achieve the feeling of satisfaction that Death Stranding does when you know that someone out there, someone you don’t know, was helped directly by your influence and is currently walking in your exact footsteps.

It’s almost like Death Stranding should have been released in 2019 and reviewed now. It is a game that unravels and comes into itself only through time. I was there on the initial release day feeling all sorts of puzzled and bewildered at the difficulty and ambiguous nature of Death Stranding. Little did I know at the time that I was among the first pioneers to set a path for those about to experience this game long after I had turned off my Playstation. It’s a social experiment and a compelling story in one package. The gameplay’s mechanics and the story’s themes are always harmonizing; the whole game fits together like pieces of a puzzle. Hideo Kojima made a unique game and pushed what video games can accomplish as a medium.

Death Stranding Director’s Cut is the definitive version of Hideo Kojima’s masterpiece technically, mechanically, and artistically. Movies, books, and music have reflected the sentiments of their era and provide commentary on societal anxieties and hardships of the time. Death Stranding is a bold video game that takes this notion and applies it to a budding medium that many still debate if it is considered art. It does more than tell the “war is bad” or “always do the right thing” narrative that video game stories always tell. Instead, Death Stranding conveys to us something far more meaningful and worthwhile about the human condition. Now, more than ever, it is essential to play Death Stranding; it is a triumph in gaming and is only enhanced by its Director’s Cut additions.

Death Stranding Director’s Cut – Review
Score Definition
Almost perfect if not for the nitty-gritty. If it’s quite there but not enough to push the boundaries, it’s still an awesome game.
Pros
Easier early game
Enhanced frame rate
Lots to build
New additions add a layer of fun to the game
Cons
If you found Death Stranding boring, this version likely won’t change your mind too much.
9.5
Excellent