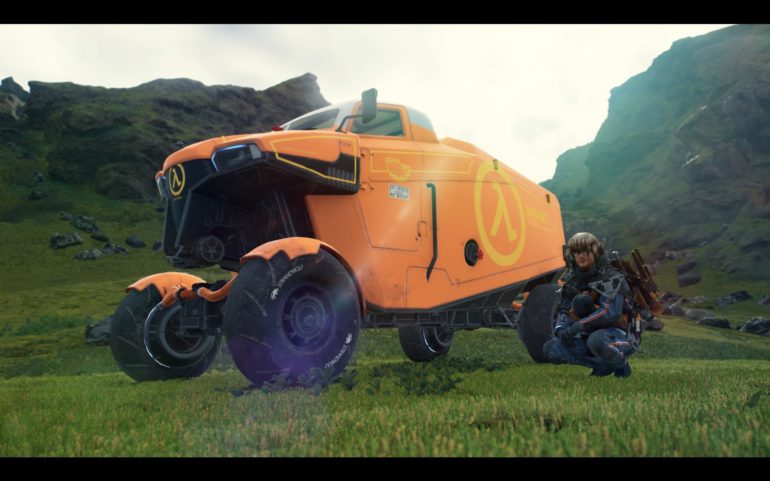 After game director Hideo Kojima revealed that video game Death Stranding will be coming to PC, PC owners have been waiting for some juicy info on what it could add. Well, here is some interesting news for those who waited.

The official Twitter account of Hideo Kojima posted some interesting detail on the PC version of the game. He teased that next week there could be some good news related to the game will be revealed. He added a photo that he shot with the exclusive Photo Mode for the PC edition.

The image also shows that the futuristic vehicle has a Half-Life symbol on it. Kojima stated that they are doing a collaboration campaign with Valve. The mark fits well with the paint.

The PC version will be published by 505 Games and will launch on June 2. It will be available both on Steam and Epic Games Store.