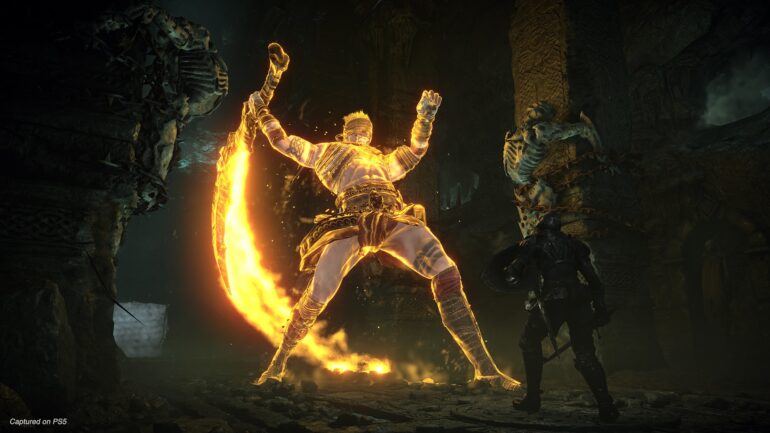 Moore explained that in the PS5 version, players can go omnidirection with the roll system, which meant they can roll in eight directions compared to the original. This was one of the many quality-of-life improvements that they needed to implement since the fans and the new players would be expecting this type of mechanic. The original was released 11 years ago, so there have been many changes since then and they had to adapt to the new ones. He also said that it would not “make a big difference to the gameplay or the core in any way, it was just what people wanted.”

Another improvement that the developers had to implement in the PS5 version was the camera. In the original, players would get stuck on the collision or sometimes it would get bugged and would go through the wall or even make the game crash.

“And then in a modern game, people don’t expect that,” Moore said.  “So we changed the camera. One of the things that we did do, which is really cool though, is that we allowed you to switch to the old camera if you want to.”

For the hardcore gamers out there who still like the old system, they can always choose that in the system settings. Moore said that they left that there for them if they felt nostalgic.

It is always a welcome addition for some improvements in the game and have the option to go classic or new system settings.

Demon’s Souls is coming exclusively to the PlayStation 5 this coming November 12 in the US, Japan, and a few select countries. The rest of the world will get it on November 19.