Destiny 2 Big Changes are Coming to Crucible and More

This Week at Bungie. 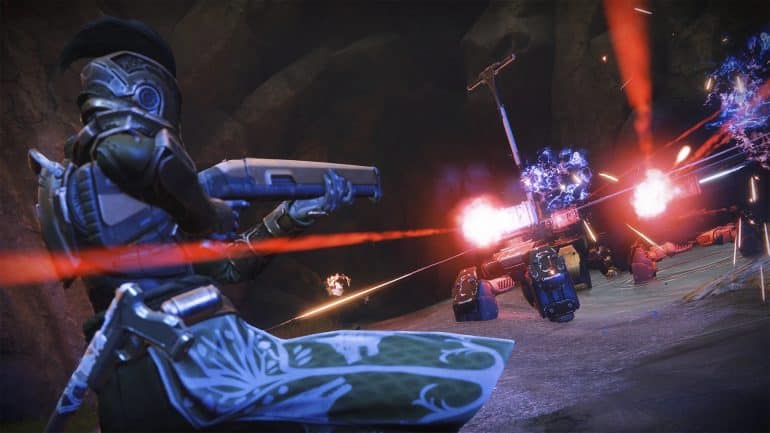 Bungie has now released a new Destiny 2 TWAB and this time it will be focused more on the Crucible and the future.

First off, Bungie is now celebrating Trans Awareness Week and to celebrate with the community, they have released a code that would reward players with a free Be True emblem. Use code ML3-FD4-ND9 on the code redemption site to claim this.

Next is improving the Eliksni Quarter which will start next Tuesday. There will be a community event that start and here is how players could help out:

Narrative voiceovers in Ketchcrash and Expedition have been getting some issues lately, but a fix has been done.

There will be some changes coming to the Season of Plunder title with reductions to some requirements to unlock Scallywag.

The Security team has now made some changes as well. They have implemented mitigation against network tools used to gain an unfair advantage in various activities.

Now for the Crucible changes, here is the summary:

Starting in Season 19, the Crucible screen will have these options:

The Crucible screen will also update during limited-time PvP events:

In Season 19, there will be new Triumphs and a new title called Glorious.

Win streaks and reaching specific Glory thresholds over multiple Seasons will not be required anymore. Win a number of matches during a given Season and reach the Adept Division for gilding, which can all be completed within a single Season.

In Season 19, Lord Shaxx can now offer the ability for players to focus Crucible weapons and armor. Crucible will be the fourth of the core rituals to get comprehensive engram focusing options.

Shaxx is using a new engram system that will let players use the engram stored directly on the vendor for focusing rather than needing to pull it into the engram inventory. This will make it convenient for players.

Season 19 will introduce the Iron Banner Fortress. Its core gameplay is capturing and holding zones, which is similar to Zone Control. This will launch on January 3, 2023.

Earn returning Iron Banner weapons that were seen in the earlier days of Destiny 2. There will be a retun of some fan favorite sets like from the Taken King era.

In the first week of Season 19, Bungie will be testing a new Quickplay matchmaking parameter, the Fireteam-Based Matchmaking. FBMM means that your fireteam’s makeup will match with the opponents. If they join a matchmaking queue as a full team of six, they will generally match against another full fireteam.

There are plans to roll them out on more playlists if Bungie has more time to test the matchmaking settings. It could come to Iron Banner, Trials of Osiris, and more.

Improving Connection at the High End

Issues with player connections when getting into higher skill bands have been discovered and to address this, Bungie is planning to roll out a second new matchmaking feature called Dynamic Skill Ranges. It increases the Skill window its system looks for when matchmaking.

Season 19 will introduce the following changes:

Season 19 will introduce two new weapon rewards for players to hunt form, which are the Machine Gun and 140 Hand Cannon. FBMM isalso being planned to be added as well.

At the start of the Season, you will begin a “placement series” during which you will not gain any Division Rating for the first seven games. After the seventh game, you complete the placement series and are placed into a division based on Skill:

As you continue to compete in the Competitive Division, your Division Rating is adjusted based on four major factors:

As you earn and lose Division Rating:

There will be no addition of any unique grindable rewards outside of those that can be acquired anywhere in Crucible.

Rewards for achieving a higher division limited to efficiency rewards will be kept initially.

Every Thorn Has a Rose

Rose is coming back for Competitive Division. It is originally a Legendary Hand Cannon that was earned during the Lumina Exotic quest. It returns with random rolls and an updated perk pool.