This Week at Bungie is hefty! 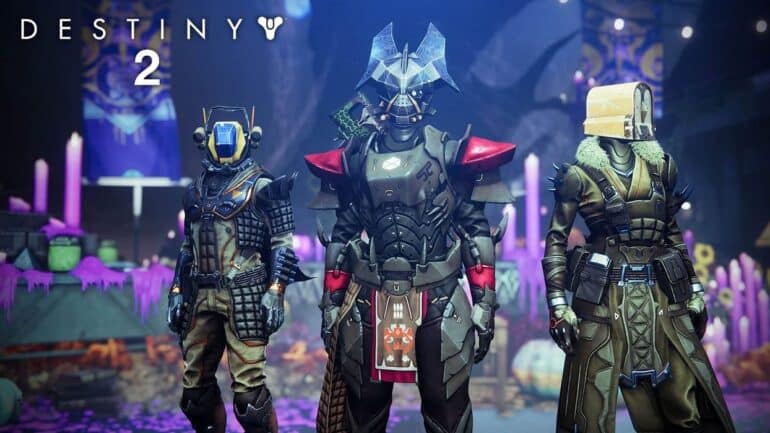 The first thing that Bungie discussed was the upcoming changes that Destiny 2 Season 19 will bring. First, they reflected on what changed when update 3.4.0 was released, which was the reduction ability rates across the game with a goal of reducing focus on abilities in high-level Crucible modes like Trials and Survival. The low-cost abilities that could defeat a Guardian with one hit were also reduced.

Destiny 2 Season 19’s primary goal right now is to normalize the power of the existing subsclasses, giving a more standard baseline that can be Bungie could use for future tuning. This will be done in the form of targeted updates to outliers on the high and low ends of the Light subclasses and Stasis.

One of Solar 3.0’s goals was to get persistent healing in a place where it felt valuable in high-level PvE. The updates to Resilience that was launched together with Solar 3.0 called Restoration was too powerful for the current suite of activities. This is unfortunately a particular pain point in high-level PvP. There will be a small adjustment for Restoration x1 and Restoration x2 will have a larger adjustment in the next update. This is to make sure that a careless player can still be punished by an opposing Guardian.

The Solar Fragment suite will have a few changes in order to reduce uptime.

Blade Barrage knife count will also be brought down from 5 to 3 per wave.

Void had a bug with its survivability benefit of Void overshields, but this will be fixed with the next season. The update will increase its viability as a protection tool in high-level PvE.

Shield Bash will get a change in the form of improved reliability. This will make it better in PvP.

Both Shadowshot variants (Deadfall and Moebius Quiver) will have changes for an increase and a reduction.

Invisibility is currently a severe pain point in high-level PvP but there will be no plans to announce today. Bungie is currently looking at longer-term solutions in order to addressing in countering a full team of invisible Nightstalkers. More solutions are being investigated right now to make invisible players less problematic.

Since Arc 3.0 is still new and Bungie is currently monitoring the feedback and data coming in. They have found some obvious outliers in the Arc ability suite that they are going to fix and the biggest one is the Touch of Thunder Storm Grenades. There will be a decrease in the next update for that. Spark of Magnitude’s bonus lifetime is decreased too. The friend or foe visual language has been updated too.

Ballistic Slam will be getting an increase in damage against PvE combatants since it is a bit short on the mark.

Tempest Strike damage is being increased too.

Stormcaller feedback was a lot recently. There will be making a lot of targeted changes to the abilities to increase their potency, which will increase Stormcaller’s viability in PvP modes. Arc Soul base damage will be increased too.

Stormcaller’s melee abilities will be getting updates as well. Ball Lighting will get increased travel range while Chain Lightning gets increased damage against PvE combatants.

Chaos Reach is getting a reduction base cooldown time too since it felt underwhelming across PvE and PvP.

The developers will not be returning Stasis to the original potency at Beyond Light’s launch, but there will be some elements of Stasis that were change with updates 3.2.0.3 and 3.4.0 that have fallen behind the current sandbox power bar. By Season 19 and beyond, the role of Stasis will be reassessed.

Stasis Slow will have an increased movement speed penalty while Slowed.

Coldsnap Grenade’s seeker can now adjust its trajectory for a few seconds after creation.

Duskfield Grenade will now have an increased Slow attack application rate on players.

Whisper of Rending will now provide a bonus damage to Stasis Crystals and frozen targets. This was due to a piece of feedback that the developers found out since Stasis launched. This is the change it will be getting.

There will be a new dungeon that Bungie is developing right now. No specific details were shared yet, but it will drop on December 9, 2022 at 9 AM PDT.

And that’s it for This Week at Bungie for Destiny 2 Season 19.