The current focus in an inspiration for creating art based on their love for the game. 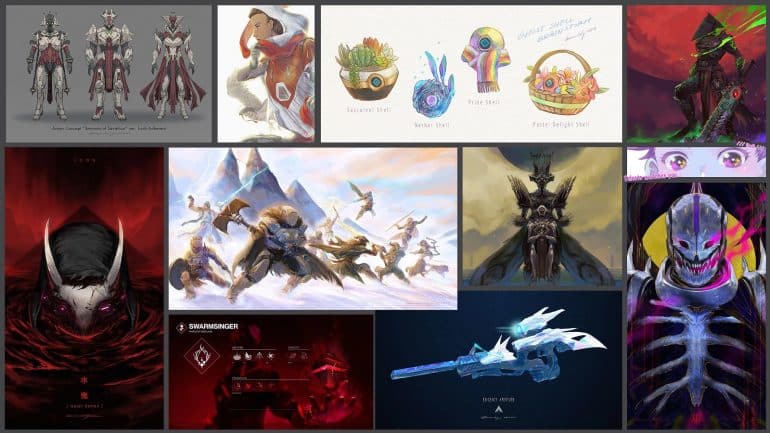 The TWAB this week focuses on the artist who worked on the new Arbalest Exotic ornaments that are currently up for community voting in the spotlight. StellarStateLogic was recently interviewed by Bungie sharing some interesting details of their work.

StellarStateLogic first introduced themselves revealing the origins of their name. Most games call them Stellar or SSL. It comes from Solid State Logic the mixing console and combine it with their love for all things that sparkle.

SSL said that they love 2D art and has done various works which many might have come across but did not know they were the creator. They also revealed their hobbies aside from games like scribbling, reading manga, and more.

SSL also revealed how they encountered the Destiny games which all started in 2010. They joined a group of lore-enthusiast Halo players who talked about the Destiny easter egg in Halo 3 ODST. They were trying to prove that the sphere was just a huge moon and that the next Halo game might be about that location. When the gameplay trailer dropped where the huge Spider Tank lands went live, it gave them hype to play the game. They even scribbled their very first Destiny fan art about a month before the launch of the original Destiny game.

Bungie and SSL discussed more on various topics like their inspiration on art, what started them to do art in the first place, and many more. They also talked about their current work, which was the Arbalest ornaments and what their favorites were.

You can read the full interview here.