A preview of next week. 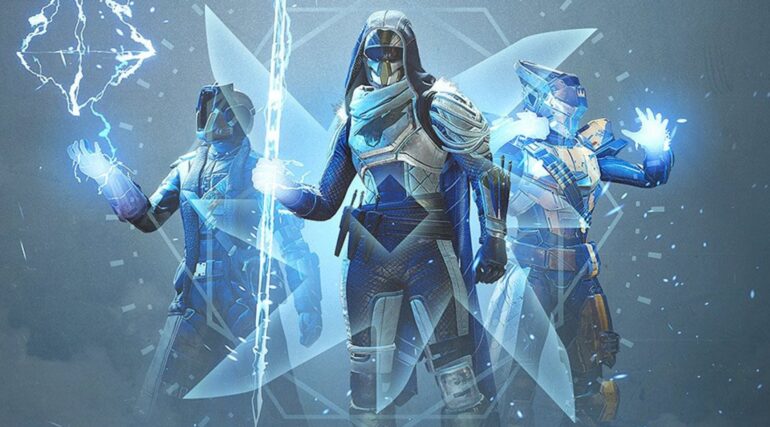 Bungie has recently posted the latest TWAB or This Week at Bungie for Destiny 2 revealing what to expect next week.

Destiny 2 This Week at Bungie Highlights

Next week, Arc 3.0 will drop, and today the latest TWAB gives Destiny 2 players a preview of what is to come. Bungie has also shared some new information about Season 18 mods, some dates to save, and many more. They are also sharing details of the update 6.2.0 release schedule.

First off, some details about Arc 3.0. After the long post yesterday, the latest TWAB gives players a taste of what is to come with Arc 3.0.

When Arc 3.0 comes out next week, expect some big changes for the Guardians like the Hunters getting back Blink and the Arc Staff Super. Other subclasses will have changes as well with new abilities, improvements to old ones, and many more. Check out the full details here.

Arc 3.0 will introduce the Season 18 weapon mods, especially for the Machine Guns. Mods including the Holster, Scavenger, and Overload will be more obtainable and unlocked sooner.

Some mods are returning like Scout/Sniper Targeting, Anti-Barrier, Sniper, and Sundering Glare. There is a new mod that got featured too, Bad Amplitude.

New Artifacts like Hype Train Conductor and Trace Evidence were mentioned, but the developers did not share any specifics.

Here are some dates to save starting next week:

The upcoming Showcase for Destiny 2 will be aired on August 23, 2022, at 9 am PT with a preshow happening an hour before. It will be streamed on Twitch via official Bungle channels. Other streaming sites will stream it as well.

Here is the update 6.2.0 release schedule that Bungie shared on the post:

To prepare for the launch of Season of [REDACTED], Destiny 2 will undergo scheduled downtime from 9 AM PDT (1600 UTC) to 11 AM PDT (1800 UTC) on August 23. Below is the scheduled timeline for this release:

Players looking to earn certain Bungie Rewards should complete the associated in-game achievements before 10 AM PDT (1700 UTC) on August 23:

Players should make sure to claim all engrams and other rewards before the new Season begins. Any rewards not claimed from ritual vendors (Zavala, Shaxx, Drifter, and Saint-14) will be removed at the beginning of the next Season.

Players should also claim and equip any Seals/titles they have unlocked this Season.

Here is a list of the latest issues that were reported to the #Help Forum: