Here's everything that's in store for Destiny 2 starting on August 30, 2022 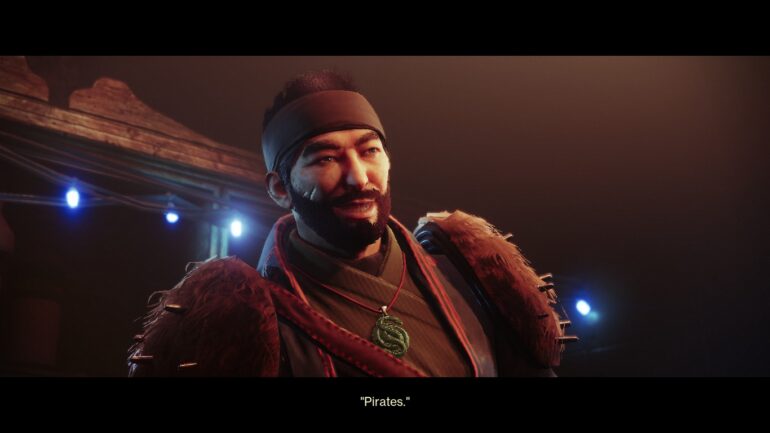 This is your Destiny 2 weekly Reset August 30. The second week of the Season of Plunder is right around the corner and we are getting some pretty significant updates for Destiny 2 in terms of upcoming activities. But before all that, let’s get a recap of what happened at the end of Week 1’s story.

So the Guardian and the Drifter, with the help of Mitrax and Spider, are in the beginning stages of putting a crew together in order to figure what Eramis is up to. The newly freed leader of House Salvation is up to something and it involves the old “Pirate” clans and artifacts of a bygone age.

The week ended with us successfully going on our first expedition and raiding the lair of the first pirate lord. The artifact we brought back is currently being deciphered and we should have an update for it very soon.

For the second week, expect a new Ketchcrash boss, a new hideout, and around 10 new weekly challenges.

As for the game itself, we are pleased to report that Bungie has fully unlocked the Fragments for Arc 3.0. Here’s to hoping that they are close to unlocking heavy grenade launchers as well.

We have a new seasonal quest this week, which is a continuation from last week’s. Gambit also has double the progression amount for this week, so you may want to check that out.

Expert Expedition I – Complete Expeditions and gather treasure in the treasure haul.

Seeker’s Cashe I – Complete bounties from the Start Chart or on Nessus, Cosmodrome, or Europa. Also, Decipher the Small Treasure Beacon, avaiable from the Star Chart in the H.E.L.M.

Lost in the Legend – Complete a Lost Sector on Legend or higher.

This week’s featured Nightfall will be “The Lightblade”. It’s always nice to return this one, even if was a recently added Strike alongside The Witch Queen expansion. There will also be a Nightfall weapon, we’ll update the article once we know what it is.

We will update this article once we get the details.

For the Crucible, Rift is going to return as the featured playlist for the week. That’s right. Right is no longer an Iron Banner exclusive activity.

For Gambit, we’ll see bonus ranks all week long. So, if you want to run anything inside of the Gambit mode or level up, it’s a good time to do so.

This week’s Featured raid is “Garden of Salvation” along with all the raid challenges and defeating the boss will net you pinnacle gear. The same can be said about this week’s featured dungeon, “Pit of Heresy”.

The Lost Sector after Tuesday’s reset is still unknown. The community’s getting close to figuring it out. But for now, the activity will drop Exotic gauntlets on solo clears. The three lost sectors for this week are still classified. We’ll update the article when we know what they are. However, we do know what the Exotic drops are.

As for weapons, this week features:

The Eververse Store for this week includes:

Check out this video from Youtuber xHOUNDISHx where he also talks about the upcoming week’s activities for the second week of Season 18.