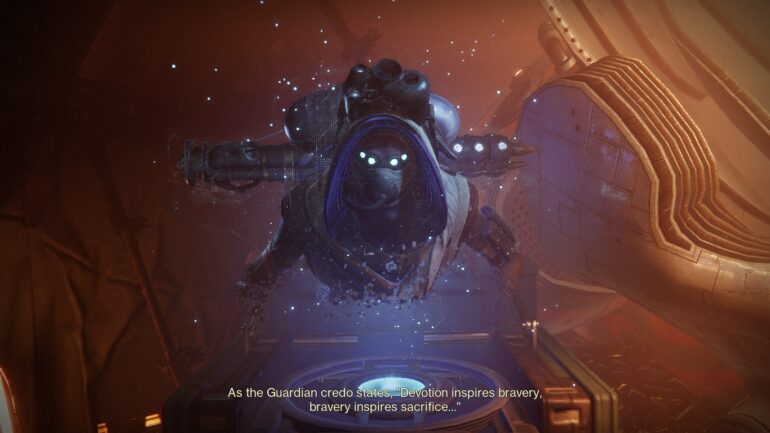 This is your Destiny 2 weekly reset for September 20, 2022. At the top of the announcements is the addition of Master King’s Fall Raid. The hardened raid features a much higher level, with appropriate rewards for those brave enough to take it on.

Starting on Tuesday, September 20, 2022, Master King’s Fall will launch for all players. It will feature both normal and master mode challenges. For normal mode, rewards double loot for the encounter the challenge is active on.

The plot thickens this week as we find out that someone else is looking for these relics. But no one is more affected by this news than Mitrax. Maybe he knows who is behind this attack, maybe it’s someone he doesn’t want to mess with. Whatever the case, it’s gotten the Kell of House Light shaken.

Eido’s research is proceeding smoothly as well. The young scribe is determined to help out as much as possible. Well, short of getting involved in actual combat. Spider’s discontent is growing by the day. We don’t know when he’ll start to boil over but Spider is not the type to take things laying down.

We’ll see how where the story goes from here. But if Drifter’s hunch is correct, it might involve a little bit of necromancy. Nothing too far-fetched, especially if you read through Destiny 2 lore.

The Crucible sees a chaotic game mode making its debut this Season of Plunder. Iron Banner Freelance will be active this week as well so if you missed your chance to sweat it out last week, here’s your chance to catch up.

Seeker’s Cache II – Summer crewmates in Expedition and Ketchcrash. Also, decipher the Medium Treasure Beacon, available from the Star Chart in the H.E.L.M.

Superconductor – Defeat Guardians in Crucible. Bonus progress is granted for opponents defeated with the help of Arc or Stasis effects.

This week’s featured Nightfall mission is “Exodus Crash”. If you’re looking to fill out that Conqueror card, this is your chance to check it off the list for Season of Plunder.

We are also getting close to knowing the exact rotation of the Nightfall exclusive weapon. Check back in with us once we do know what it is.

As for this week’s Crucible featured game mode – we are going to see “Team Scorched” for the first time this season. So, pick up those scorched cannons and practice that tracking. It’s going to be chaotic and fun at the same time.

In case you’ve missed last week’s Trials of Osiris, this is your chance to catch up as Trials of Osiris – Freelance is taking place this week. And don’t forget the featured Trials weapons that you can earn by completing challenges and rounds of Trials.

It’s also worth noting that players earn bonus ranks in Trials this week. This is a great way to fast-track your way to another rank reset and another chance at more Trials exclusive weapons.

Vow of the Disciple Raid Challenges

It’s Friday again and it’s time to ask everyone’s favorite: where is Xur?

Xur can be found by the hanging boat at Winding Cove. That’s over at the EDZ.

This week our agent of the Nine is selling:

Legendary weapons for 50 Legendary Shards and 1,000 Glimmer each:

Legendary armor for 50 Legendary Shards and 1,000 Glimmer each:

Just in case you’re looking to fill out your transmog collection.

Check out this video from Youtuber xHOUNDISHx where he also talks about the upcoming week’s activities for the fifth week of Destiny 2 Season 18.