Destiny 2: Witch Queen and the future of the franchise revealed 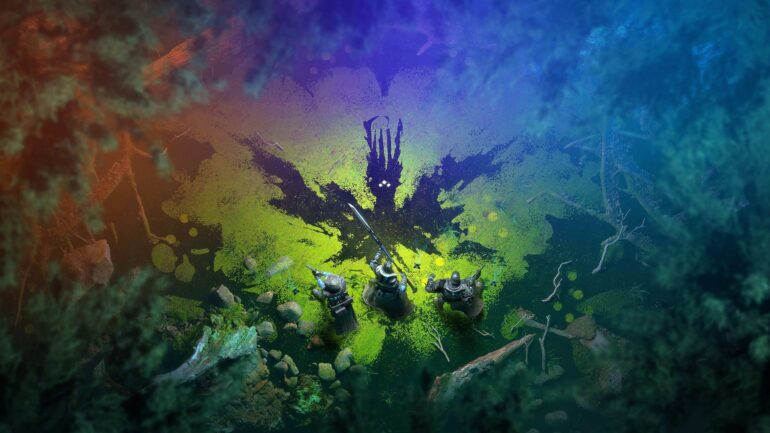 After much anticipation, Destiny 2 developer Bungie have revealed its latest expansion, Witch Queen, and the future of the Destiny franchise on their showcase which was held on the 24th of August 2021.

Firstly, the Expansion finally got an official release date of February 22nd, 2022.

After much anticipation, Savathûn, The Witch Queen has been revealed along with her new brood for the Guardians to fight. These new enemies are light wielding Hive add a whole new twist to the game in terms of story and gameplay as this the first time players in Destiny will face enemies who wield the light similar to that of Guardians.

And players will be fighting Savathûn and her brood on her own Throne World which has huge story implications. This is because Throne Worlds are essentially pocket dimensions where Hive (rarely others too) can base their life force in there in order to make themselves immortal in a sense.

Previously in Destiny 1, players have seen the Throne Worlds of Oryx, the Taken King and the sibling to the Witch Queen, and with Crota, the son of Oryx . But unlike those previously mentioned, Savathûn’s Throne World looks to be more elaborate and varied. The campaign is also going to have a hard mode which will be a fitting match for your teammates and any players who are looking for a challenge.

Weapon crafting is being brought to Destiny. With it, players will be able to create custom weaponry with unique combinations of mods, shaders, and advanced stat pools. All the new weapons in the expansion will be craftable and customizable, where as old and current weapons will be added to allow for more crafting and upgrade capabilities.

To take advantage of the new crafting system, a new weapon archetype is being added to Destiny called the glaive. This is a first person melee weapon that can shoot a charged shot from its blade.

Conflict Eternal is going to be a new six-player matchmade activity at the heart of the ongoing struggle for the Throne World.

Along with that, the devs have confirmed that the light subclasses are being updated to match that of the Darkness Stasis subclass. So new aspects and fragments are being added to these subclasses with the Void subclasses being the first to get these updates.

Finally, among the Swamps of Savathûn’s Throne World lies a sunken Pyramid of Darkness where the new raid of the expansion will unravel for all players to beat and chase.

To celebrate their 30th Anniversary, Bungie will be adding new content to Destiny 2 at an unspecified time later this year.

The celebration will kick off with a free 6-player matchmade activity, new secrets to unravel, and collectible rewards that commemorate Bungie’s long and storied history.

And for paying players, there is going to be a new dungeon inspired by famed Cosmodrome Loot Caves of yore that has drawn the interest of many a treasure hunter. Guardians will spelunk into the unknown, earn the new Thorn armor set, and watch your step as you hunt for lost relics.

Gjallarhorn, The famous rocket launcher from Destiny 1 is returning. Players will need to complete a quest to unlock the classic Exotic rocket launcher, and use it to plunder the new dungeon.

Season of the Lost

Season of the Lost is active now in Destiny 2 and is going to lead up the Witch Queen expansion with the story now having players interact with the Awoken Queen Mara Sov to rescue her lost council while combating Xivu Arath, the God of War. The season also brought a lot of exciting changes to the sandbox, weapons, and subclasses.

As always, the new season brings with it a whole lot of new content for players to chase alongside new loot.

Astral Alignment is the new 6 player matchmade activity where players align the ley-line network and chart a path to rescue Mara Sov’s lost tech witches from the Shattered Realm.

Shattered Realm is the new weekly mission seemingly similar to that of the expunge missions in Season of the Splicer.

Over 25 new and reprised weapons are being introduced in this season including new Legendary stasis weapons along with the season pass exotic, The Lorentz Drive. And as usual, new Exotic armor have been added to the game which can accessed through Lost Sectors. Finally, an Exotic quest for the gun, Ager’s Scepter. By the look of it, seems to be an Exotic stasis trace rifle.

One of the bigger updates coming from the Season of the Lost is an overhaul of the Trials of Osiris, as part of the additions coming to PvP. The big 3v3 high-stakes PvP activity. Here are the things we now know are coming when Trials of Osiris kicks off this September 10th.

The future of the franchise

After Witch Queen, Bungie plans to wrap up the Light and Dark saga of Destiny which started with the original game and two more expansions after that.

Lightfall is the supposed next expansion after Witch Queen and is expected to drop sometime in 2023.

This saga is to be concluded with Destiny 2: The Final Shape and is expected to release by 2024. After this, Destiny 2 will seemingly move on to new story lines and threats to explore. This just ensures that players of the game are assured a long term plan for the game at least until 2024.

Witch Queen and the 30th Anniversary expansions can be bought and pre-ordered separately or bundled together with various editions which are available for players.