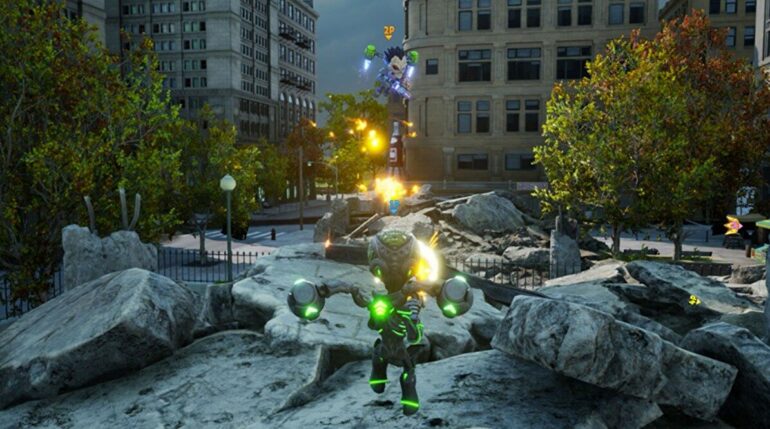 A now deleted listing on the Xbox Store apparently leaked the Destroy All Humans! Standalone Multiplayer DLC ahead of time.

The leak on the Xbox store has now made the standalone DLC known to the public, which is called Clone Carnage. Currently, the listing is now gone from the store, but ResetEra caught wind of it earlier.

According to the ResetEra user, the sales page revealed that the game will have six new maps to explore and four new modes called Abduction, Race, Armageddon, and Rampage. The standalone DLC will offer support up to four-player multiplayer or local two-player multiplayer option with split screen gameplay. It also has cross-gen play and have 4K Ultra HD.

THQ Nordic has not released a statement to confirm that this DLC exists. It might not even be related to the game remake Destroy All Humans!. It could even be part of a bundle for upcoming sequel remaster Destroy all Humans 2! – Reprobed.