Destroy All Humans! is going to invade Nintendo Switch 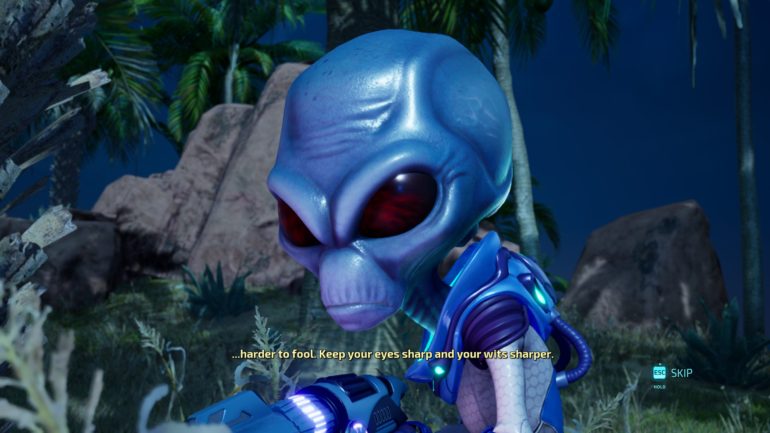 The Nintendo Switch version comes with ALL available skins that were created for the game, including the Skin Pack DLC. The standard version will be available for an SRP of €39.99 | $39.99 | £34.99.

The cult-classic returns and invades everything but your privacy on July 28 2020! Terrorize the people of 1950s Earth in the role of the evil alien Crypto-137. Harvest DNA and bring down the US government in the remake of the legendary alien invasion action adventure. Annihilate puny humans using an assortment of alien weaponry and psychic abilities. Reduce their cities to rubble with your flying Saucer.

Destroy All Humans! is already available on PS4, Xbox One, and PC.