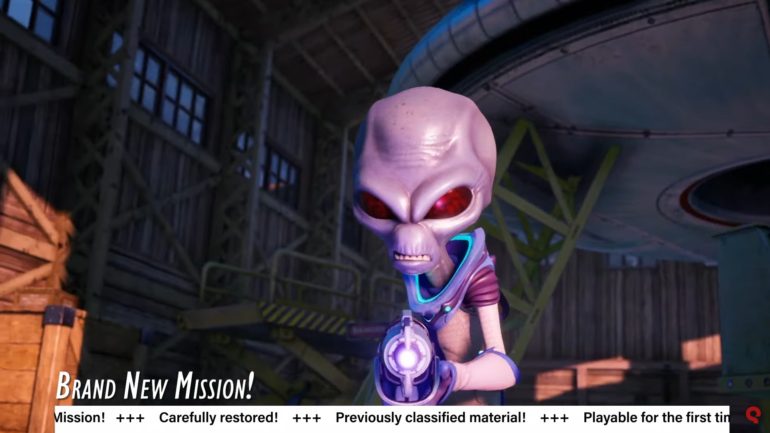 The Lost Mission trailer focuses on the new level for the remake. This was one of the missions that the original developers Pandemic Studios wanted to implement but did not get released. It is now restored and finalized, and will be part of the game this coming July 28 for PlayStation 4, Xbox One, and PC.

Features
• Use your Abducto Beam to throw tanks around!
• Use your psychokinesis powers to crush a farmer under his own cow!
• Discover which seemingly prude ’50s housewife secretly has the hots for her hairdresser!
• Slowly batter a human to death with his own hat!
• Light up the night by zapping your enemies with teslatastic electricity!
• Take. One. Giant. Step. On. Mankind!