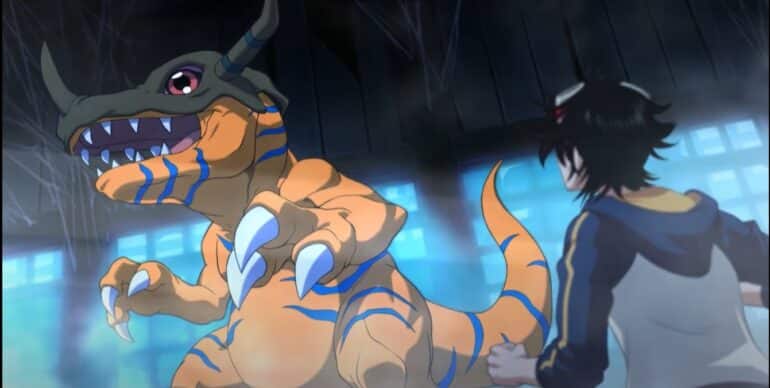 A new short trailer of Digimon Survive was recently uploaded to the Bandai Namco JP Youtube Channel which presented new scenes and gameplay that fans and players will expect this coming July on its release date. Not only was the trailer released but new freebies were announced for devoted fans of the series as well.

For those who pre-order the game physically, fans will be receiving a special package titled, “Digimon Survive Release Commemorative Promotion Pack,” on the release of the game 3 promo cards from the popular Digimon Trading Card Game. The Digimon that will be featured on the cards is the main character Digimons (Agumon, Falcomon & Labramon) and their tamers that will be shown in the game.

Not only that, an early purchase bonus is set for those who order the game both physically and digitally as Guilmon will be entering the player’s party early. Raise it well and increase its stats to evolve it fast into Dukemon.