Bow down to the gladiator king! 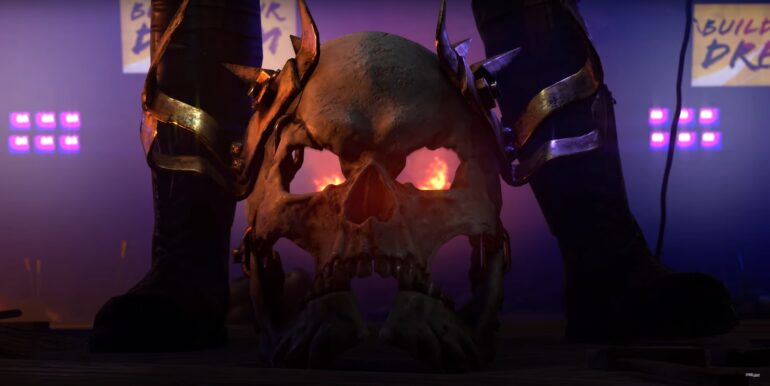 A new teaser trailer was released today for Techland’s popular and latest zombie game entry Dying Light 2. This is just a sneak peek of what is to come for the upcoming first story DLC for the game. Based on the footage, it seems the leaks from before were actually true where players will be infiltrating a certain building that houses a rather interesting gambling sport: gladiator fights.

The video starts with two fighters hacking at each other in the background until one of them gets hit by the other’s axe. After finally killing his opponent, he slowly approaches the skull helmet that is placed in front of the screen the whole time and seemingly wears it to declare his victory. Yep, that is definitely gladiator combat. Also, it was revealed that all of this is happening in Carnage Hall.

The full reveal will be happening in the upcoming Gamescom’s Opening Night Live on August 23, 2022.