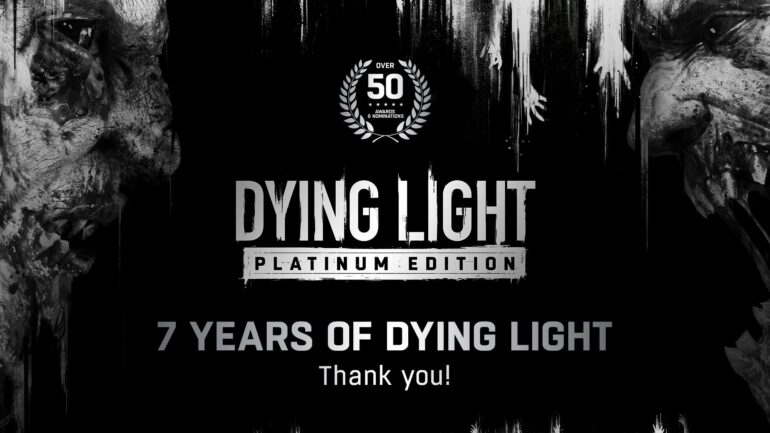 Techland is current celebrating the seven-year anniversary of its original game Dying Light and to celebrate with their fans, they announced something recently on their social media accounts.

With the imminent release of the sequel Dying Light 2 Stay Human, fans are excited for more zombie killing action. In the meantime, Techland celebrates 7 years with the original game together with its game community that has obviously grown larger through the years.

To celebrate, Techland is giving away some cool stuff for their fans and those who own the original game for free. They can get some flashy weapon skins by just typing DyingLight7 at the Techland.GG website. These skins are golden weapons that players can use in the game. It does not offer anything for stats, but at least fans can enjoy the cool gold shine.

Dying Light does have tons of content with its numerous recipes for making weapons, gear, outfit, and more. Sure, there are tons of paid content for the game, but they are optional and will not force players to buy them to make your life easier. These new skins are a good way to celebrate the anniversary though.