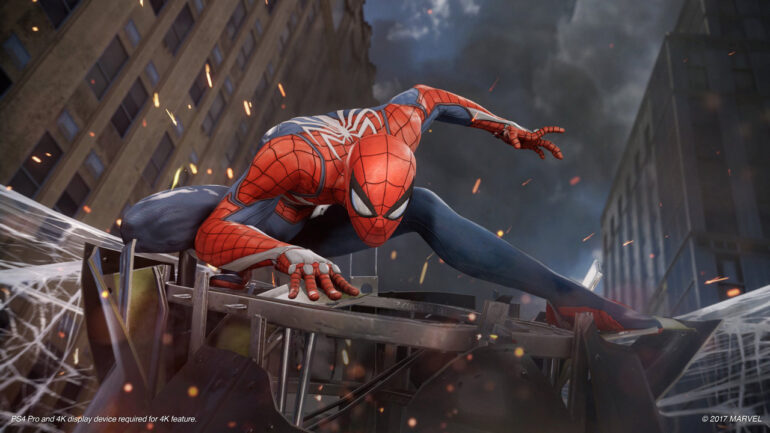 We just got our first sight of Insomniac Games’ Spider Man during Sony’s E3 conference and it literally blew everyone’s minds off. The gameplay was insane, the refined combat style which gave us the Arkham Knight feels, the well designed suit which has more advanced tech system and the impressive camera work just sold me right away. The gameplay showed us a more snappy and dynamic flow which is really what each one of us is looking for in this new game.

Improvised parkour action, and the use of the web slingers are gonna be a big help in taking down enemies throughout the game. Graphically speaking, I would say that this game is designed to maximize the 4k features of the PS4 Pro.

Also one thing that I like about how this game is gonna go is that it’s unlike the old Spider Man  games, which has the typical Spider Man game features but rather this game is leaning towards the upcoming Spider Man Homecoming film where the Spider Man suit is being materialized to its full potential. So by the looks of this, I have to say Insomniac’s ready to give us a Spider Man game like never before this 2018.