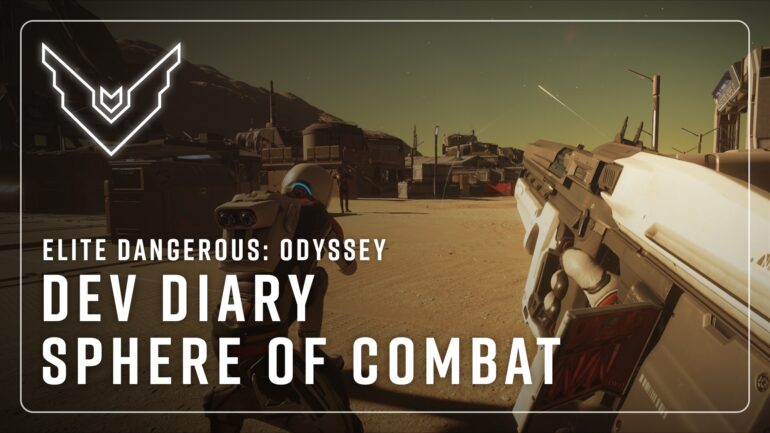 The Sphere of Combat demonstrates Odyssey’s transformative shift in Elite Dangerous gameplay, showing how Commanders who have found their feet can wield a wide selection of weapons to win out against any opponents. These new weapons will range from assault rifles, shotguns and SMGs, to heavier anti-spacecraft weaponry, each dealing deadly thermal, kinetic or explosive damage, and offering its own distinct advantages.

Take control of your own starship in a cutthroat galaxy. Some may know you as an ally; others will call you a pirate, a bounty hunter, a smuggler, an explorer, an assassin, a hero… Fly with friends, fight for a cause or go it alone. Your actions change the galaxy around you in an ever-unfolding story. Explore a detailed 1:1 model of our real galaxy, and be the first to discover one of 400 billion star systems. Start with a small starship and a handful of credits, and do whatever it takes to earn the skill, knowledge, wealth and power to stand among the ranks of the Elite.

Elite Dangerous: Odyssey launches in early 2021 on PC, the PlayStation 4, and the Xbox One.