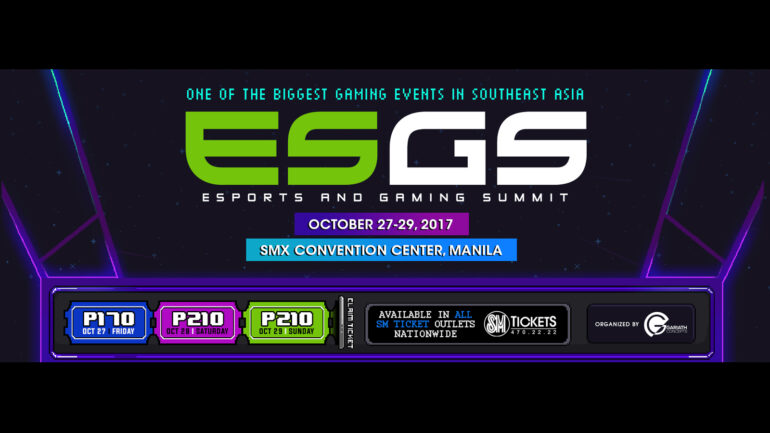 Each year conventions improve, they become more impressive, crowded, and exciting. That’s what Gariath Concepts did for Electronic Sports and Gaming Summit (ESGS) this year. It was bigger, booths were a sight to see and big game publishers like Sony PlayStation, Ubisoft, and Capcom exhibited at the event to showcase their games. But it’s not just international ones, there were also local Filipino studios and developers who showcased their hard-work, artistic designs, and passion for video-games.

The first ESGS was held way back in 2014, and it focused more on tournaments for Dota 2, StarCraft 2, Dragon Nest, and popular fighting game titles for Filipinos such as Ultimate Street Fighter IV and Tekken Tag Tournament 2. Then a year after big companies like Sony PlayStation joined and set up a booth for Call Of Duty Black Ops III for event goers to experience. And it’s not only that, the publisher and console manufacturer held a Call Of Duty tournament!

But enough with the history lesson, so the main question boils down to: was ESGS great this year? 3 of my team plus me, and the other 2 Manila members attended this year’s ESGS, and knowing that it was my second time at ESGS this year, it was a big leap from last year’s event. Even if doing media work was a daunting and an exhausting task, bits of our experience were middled with enjoyment at the event.

So, I went and asked my colleagues their experience at ESGS 2017. Here’s what they think about this year’s ESGS:

Overhwelming. This is my second year to attend the event and it was definitely bigger than the first one. I definitely loved the PlayStation booth which I kept coming back to every single day. A lot of good games were showcased and I appreciate the many booths that offered merchandise. Definitely made it harder for me to choose which ones to buy or not.

I appreciate that a lot of booths were giving out freebies just for posting things or taking selfies, what I didn’t like were booths that forces you to purchase things to get freebies.

I also loved the indie games that I saw and I look forward to some of them when they come out on Steam. Venue was pretty good. 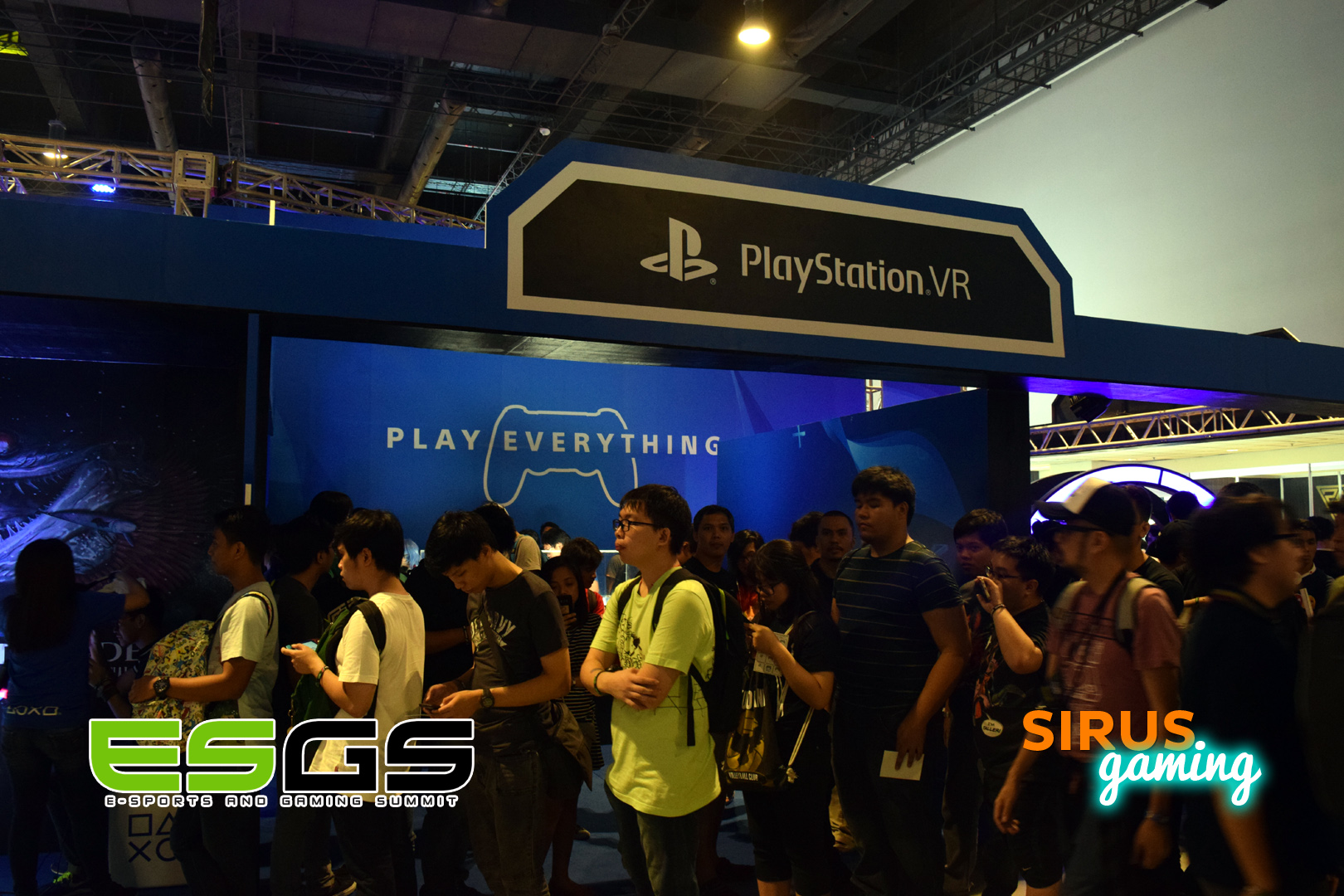 I haven’t attended the previous ESGS events, and it’s my first time to attend one, I had to cover as media. I wouldn’t really have seen it in the same way as a regular con-goer would. A word to describe the overall experience is “overwhelming”. Everything was – the crowd, the lines, the sounds, the activities, even the prices for the merchandise being sold at ESGS were overwhelming.

A person would’ve spent more time lining up than actually playing the games. It’s difficult to move around, see what’s going on and take good pictures, especially if you’re a short person like me. I personally didn’t find the people manning the entrance booths very helpful nor friendly, most of the time I asked for directions, either I was pointed to the wrong direction or they just didn’t know at all.

The events at the main stage were almost taken for granted because there were too many other things going on, and the noise level was unbearable, like everyone had megaphones and were talking at the same time. The area in front of the main stage was also too small and some of the booths in the middle section unnecessarily put up too many platforms and walls to elevate their area, making the place look small and cramped more than it already was.

What I enjoyed about the event though was sightseeing: observing how others behaved in cons, taking pictures, watching people play games (I didn’t get to play a lot myself), admiring the cosplayers and criticizing them at the same time. But what I enjoyed most about ESGS is finally meeting the Sirus team and spending time with them (experience wouldn’t be the same without you guys). 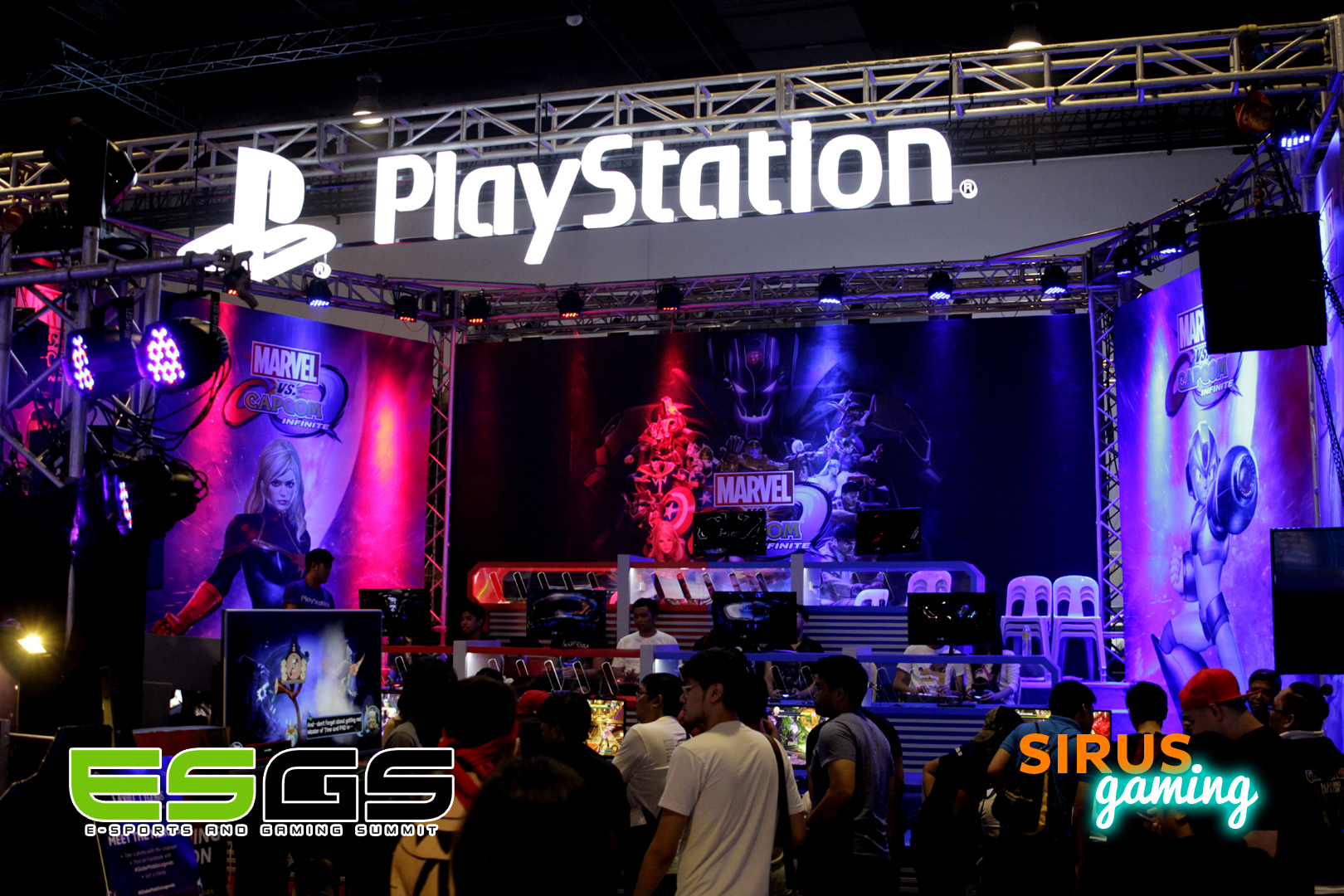 It was an amazing event with a great balance between the big companies and those that were still starting things out. The big booths just oozed awesomeness and they had such an allure to them that makes you just come back for more especially the PlayStation booth. The whole event was nothing short of exhausting and on the 1st day I pretty much needed some meat from Monster Hunter to restore my stamina.

There was just so many things to do no matter where you look and you never know when you will bump into someone important like with in my case where I didn’t know that the guy I was talking to at a weapons booth was one of the developers from Naughty Dog and was part of Uncharted since the 1st one. I was also able to pay the unreleased games and games I have never played before which makes me excited to be able to play those games in the future.

Not everything was fine though as there were problems going around like the sound pollution being all over the place making me wish they would hire a sound engineer next year. It was also quite disappointing to be limited only to the 1st floor of the building since I was so excited to be able to do photoshoots at the top floor until security advised me not to. I even witnessed a famous blogger being escorted out of the event by what looked like the head of security because his fans were too noisy. While the booths were exciting I wish there were some more mascots which would’ve been fun to interact with.

Overall it was quite an experience that made me feel like the bigger events outside the Philippines are way more chaotic than this; but ESGS is definitely becoming bigger and bigger and it may not be long for it to compete with the likes of E3 and Gamescom. 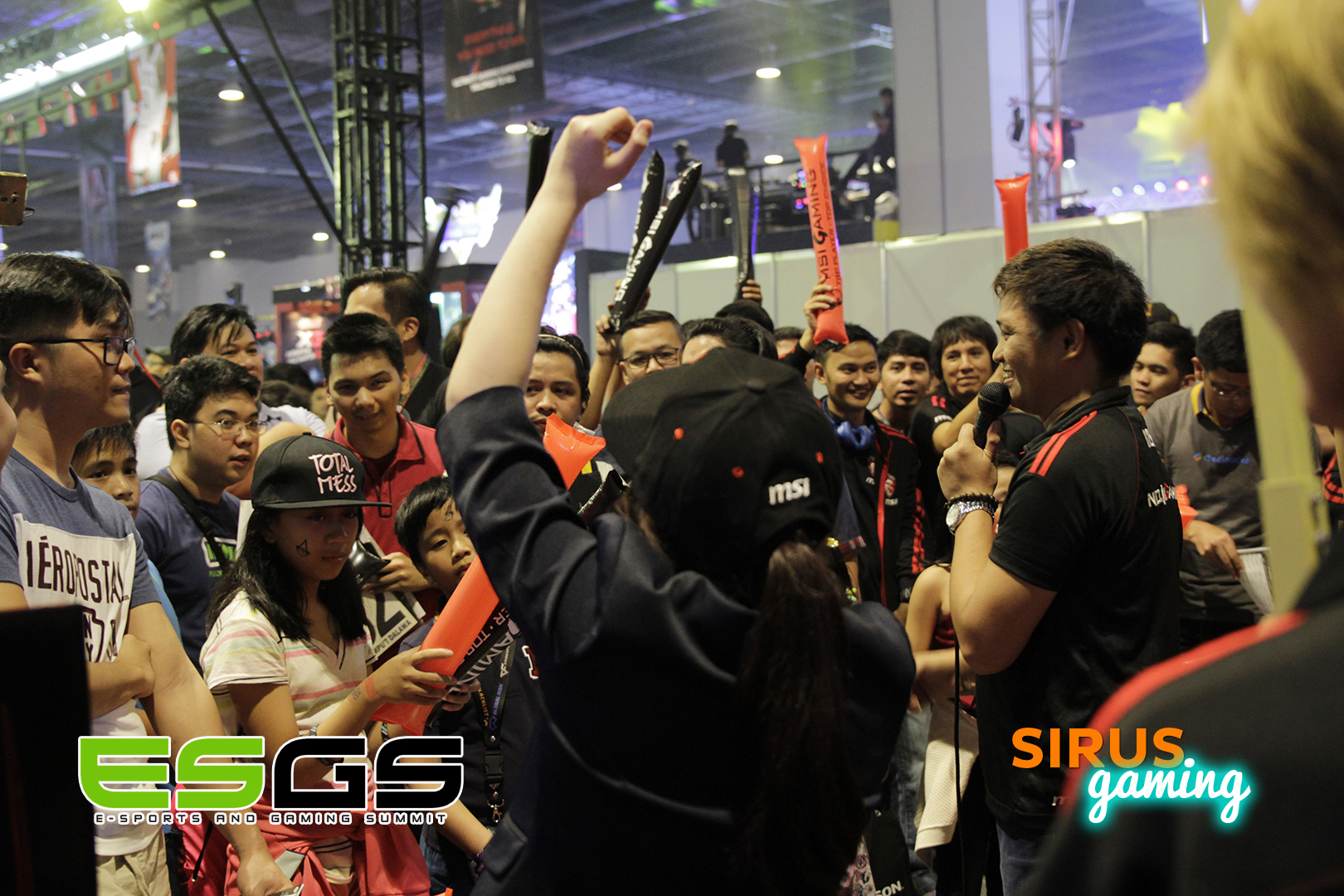 A good big event. Lots of the big companies coming in and showing their wares considering our market, and also being able to walk around the showfloor and marvel at the effort lots of brands did to standout. The event probably could have used a bit more floor space though. What bugged me though was how many stages there were. There were like 6-7? All I know is they were competing for everyone’s attention and that isn’t good.

One of the best handled events locally, but not without the usual problems that plague Filipino conventions. We had some A-list companies and experiences that wouldn’t be too different from overseas but I also feel that we could do better. While I don’t want to speak ill of the ROG event next door it would have been awesome if both events worked together.

I think that having some talks or conferences open to the public would be cool. I would have liked for there to be like an extra hall or maybe another function room like APCC does, specifically for stage events. That would have solved some noise problems and created a space for people to gather.

While most of the concerns were with the sound managing, the massive crowd, and the unorganized stage events, ESGS 2017 was still an event that could potentially be the E3 and Gamescom in the Philippines. And hopefully, the media wireless network can be improved next year, there were a lot of connectivity issues and the first day wasn’t feasible to have the coverage out within the same day.

Despite the issues, we can’t wait for ESGS 2018, and we hope that it’s going to be massive than this year with lots of international publishers who’ll exhibit.

Game Over, The Event Has Concluded. Continue? Of course, yes! 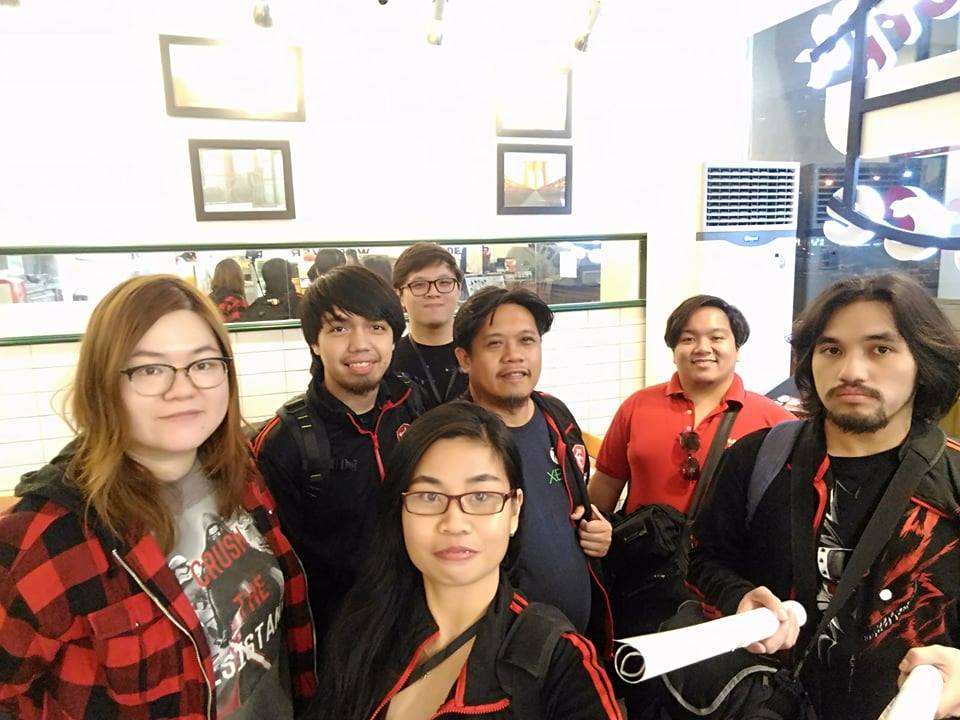