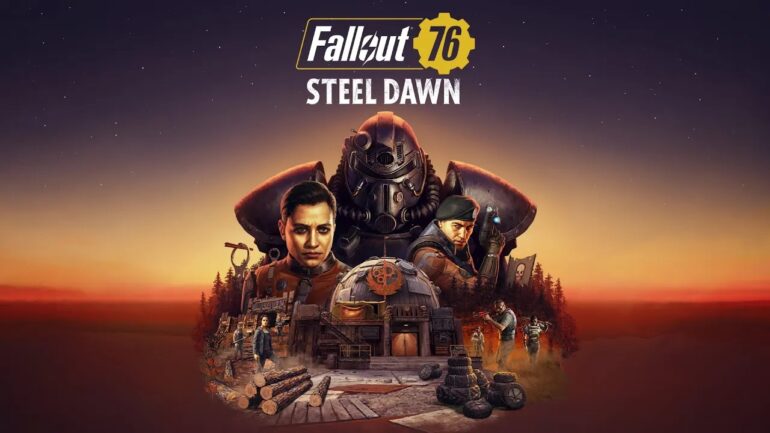 This is the first trailer for the sixth expansion Steel Dawn that is coming to the game later this December. It features The Brotherhood of Steel finally reaching Appalachia. They are led by Paladin Rahmani and their objectives are quite mysterious for now. They will be asking the players for their help when the upcoming expansion arrives in the next couple of months.

Aside from the quests, there will be new NPCs, new locations, and new gear to experience. There are also new features like C.A.M.P. Shelters, new rewards like armors, weapons and C.A.M.P. Plans, the Holiday Scorched Seasonal Event returns, and additional gameplay improvements.