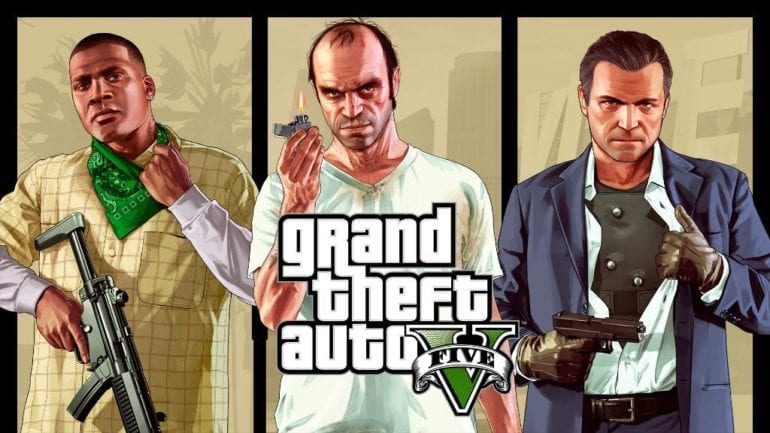 Rockstar Games has re-released the game once on the PS4 and Xbox One when the eighth-generation of consoles came out and Grand Theft Auto 5 launched on PC too. Now, we are getting another re-release for the PS5 and Xbox Series X|S. And fans aren’t happy with the reveal at Sony’s PlayStation Showcase 2021.

At the time of this writing, the uploaded trailer on Sony’s official PlayStation YouTube channel has garnered 14,000 Likes and 25,000 Dislikes, that’s 64% of users.

Grand Theft Auto 5 is, no doubt, an amazing game but its lifespan has reached its limit. Players want something new from GTA. Probably a remake or remaster of Vice City, or GTA III, even a spin-off for that matter, would have made people happy. Instead, Rockstar Games is expanding GTA V’s horizon to next-gen, re-releasing the game for the second time.

Some even questioned how Rockstar’s selling point of GTA V on PS5 is “Seamless Character Switching”. The trailer also noted that the PS5 version will also receive visual upgrades, of which the game still looks identical to its PC version in the best possible graphical settings.

One YouTube user commented stated: “Is this really expanded and enhanced? It looks no different than the PS4 version.”

The only possible explanation as to why Rockstar is banking on GTA V’s release on PS5 and Xbox Series X|S is GTA Online. Yes, the amount of active player base and the possible revenue the company is generating daily is the only reason why Take-Two, Rockstar’s parent company, isn’t letting go of GTA V soon.

Grand Theft Auto 5 is expected to launch on PS5 and even on Xbox Series X|S next year.