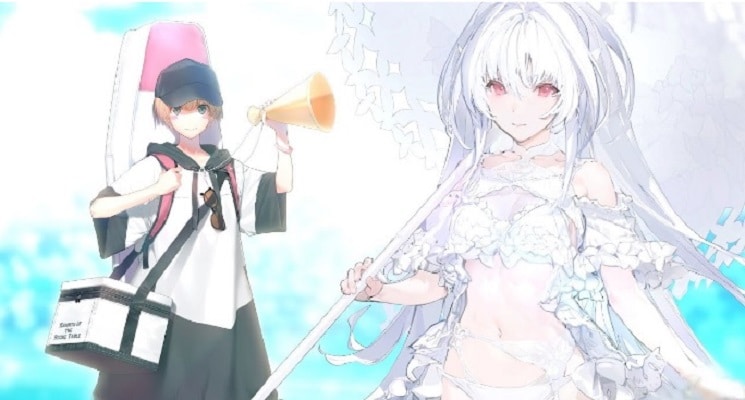 As one of the top app games worldwide, Fate Grand Order has given fans a wonderful experience for over 7 years. The game was first launched in Japan in 2015, then in China in 2016, and lastly in the US in 2017. It uses a turn-based RPG system with storytelling and gacha system that has attracted a large community not only original characters and such but also from famous characters from the FATE series such as Fate/ Stay Night, Fate Apocrypha, and even FATE Illya.

In the same year of its launch, it has become one of the highest-grossing mobile games and was even adapted into animated movies, TV series, and even mangas.

Not only that, two new summer-themed servants have been teased for the event. First is Gareth whose original form was a 2-star Lancer servant will have a summer-themed form as a 4-star servant. The 2nd servant to be announced is someone that FGO fans have been wanting since her debut in FGO Arcade which is Lady Avalon, better known to many as Proto-Merlin. A brief teaser of Lady Avalon’s Noble Phantas, animation was shown and informed fans that more info about the event in Japan will be released soon on their main website after the anniversary event.

Fate Grand Order is available to download on the IOS and Google Playstore. For more info about their game, visit their main website for more info.