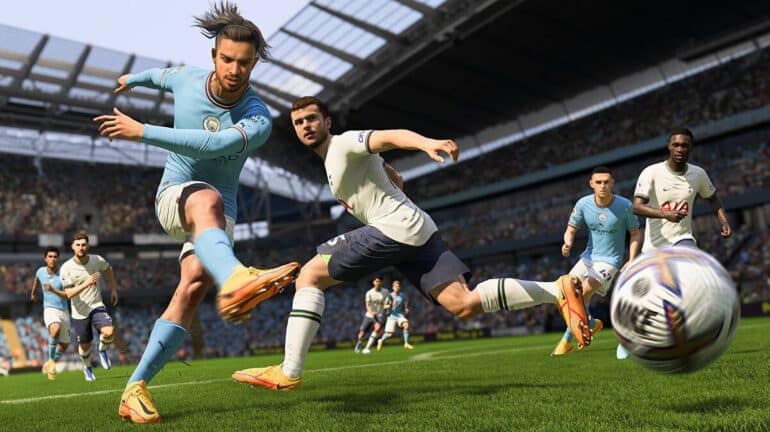 Creating your FIFA 23 Ultimate Team is one of best features you can look forward to in the game. However in FIFA 23 Chemistry has taken to some significant changes that you should be made aware of. We’ve made this guide to explain the new chemistry mechanic in FIFA 23.

What is Chemistry in FIFA 23?

In FIFA 23 Chemistry has been expanded that you can form your FIFA Ultimate Team (FUT) with a high Overall Chemistry despite its members not being next to each other. This allows for more variations between team members without being restricted to certain positions.

When forming your team, you’ll notice that there are diamonds on the bottom left side of each player’s cards. Selecting a player that has all three diamonds filled means that they have complete chemistry with the team. When selecting players, their chemistry is affected depending on if they share the same league, club, and nationality.

There is a menu to the left that indicates your total chemistry. You’ll reach the maximum level of chemistry when you hit 33 points overall with all eleven of your players having complete chemistry with the team. Players from the same league, club, and nation will be seen on the menu to the left.

The concept is the same no matter what team you form: the more players you pick from the same club, league, and nation that are in the starting XI lineup, the better your overall chemistry is. Players who are seated on the bench do not affect chemistry.

How Do You Increase FIFA 23 Chemistry?

While it sounds a bit complicated, the FIFA 23 Chemistry mechanic boils down to adding players who have more in common with each other results in better performance. By pairing up player’s from the same clubs, nations, and leagues together, you’ll achieve a higher Chemistry.

Using the picture above, you can see both players on the same team are in the same club, nation, and league. You’ll only need one more player in the same league as either one of them to reach the third line of chemistry.

Due to the added flexibility of FIFA 23 Chemistry mechanic compared to its predecessors, you’ll be spending a lot of time forming your own team. And Chemistry is important since it gives your team buffs that will significantly affect their performance.

We hope this explained FIFA 23 Chemistry well. You’ll need to know how to maximize your Chemistry for your FIFA Ultimate Team if you want to reach the Championship. For more on FIFA 23, check out our other content.

EA actually talks in-depth about the new changes for the FIFA 23 Ultimate Team which includes Chemistry. Check out the Youtube video from the official EA Sports FIFA channel here.