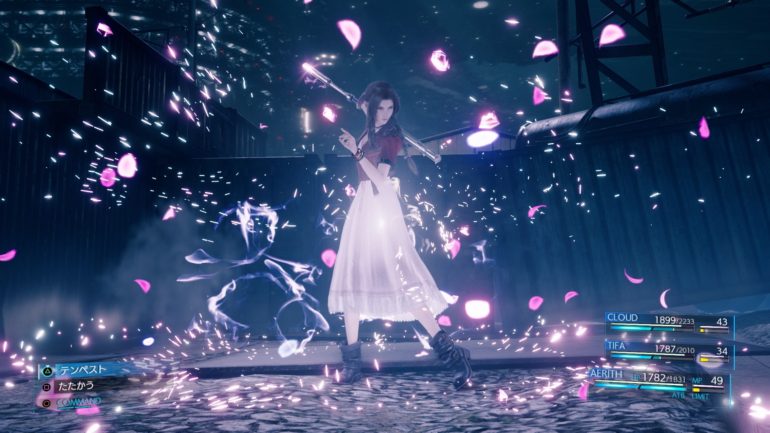 The gaming community, especially the veteran gamers, is very particular with their Role Playing Games or RPGs. It needs to have the proper gaming system and there should be elements that would stand out to make the whole experience memorable. Final Fantasy VII Remake co-director Naoki Hamaguchi shares his ideas of what makes a good RPG battle system and what important elements should be present.

Hamaguchi stated that the most important element for a good RPG battle system, and not just that, for all kinds of gaming mechanics, is giving players options. This is important because it allows players to have the feeling that they made a decision on how to play, and then get that feedback that they have done well by choosing that particular option.

The co-director pointed out that giving them only one option would only be giving them an instruction and them following it to the dot. It would not feel like they are playing, the freedom to choose is gone.

The important element of a RPG is to offer players tons of options and many things to do for them. When they get to choose the right one for them, they can get more skillful at it and feel empowered, confident.

That feedback cycle is very important. RPG combat provides lots of opportunities to make decisions – from the different abilities, to how they use them on different enemies. When you make the right one, it makes you feel good – I think that’s always important to think about when designing battles.

Hamaguchi then discussed the difficulty of balancing the old and new elements in the remake. How they made the new version respect the original’s important elements and mix in new ones that are compatible with the latest technology in this era.

What the designers did was to come up with things that could fill up the gaps from the original game. They wanted to make content that were not available at the time of the original due to limited technology and resources.

Game producer Yoshinori Kitase chimed in with an example. He stated that there were some transitions and gaps between story beats in the original that felt a bit uneven or did not flow all that smoothly. With the latest technology right now, they were able to put in new elements to make the story flow more continuous than ever.

Players will not be able to make a clear distinction between what is new and what was from the original game, Kitase said. They are all blended in to make a self-contained story.

With the new game engine Square Enix has today, it is no wonder that there were new elements inserted in between to make it more continuous. Indeed, Final Fantasy VII Remake was full speeding train that was hard to get the breaks in.

The full game is now available on PlayStation 4.