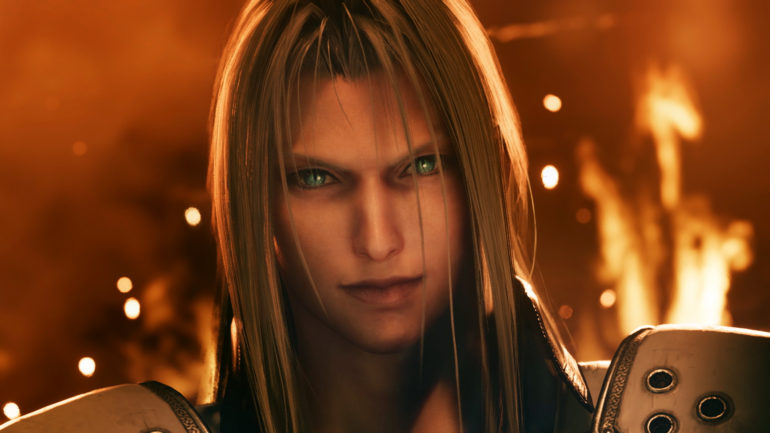 Game producer Yoshinori Kitase recently talked to publication VICE about a tiny detail in Final Fantasy VII Remake that he was proud of, but no one really noticed.

Kitase revealed that there was a part in the remake that no one else noticed yet and it would not have appeared in a press release or trailer. He was proud of a scene where Heidegger was projected on a large screen and delivers a speech.

The producer revealed that at that time of development, the speech was shown on a flat screen. He asked the programmers and designers to replace that with a 3D holographic screen instead. Everyone really worked hard for that scene and he thinks it turned out quite beautiful.

Aside from the remake, Kitase revealed that he was particular proud of a tiny detail from the original game. He revealed how the main villain Sephiroth did not make his true appearance on the first half of the original game, but he did still have a presence at that time. The development team used indirect references to make him sound powerful like rumors that were passed around by people, or by showing a trail of devastation that he left behind. They actually used Steven Spielberg’s JAWS as inspiration for it.

There was an encounter with a particular monster that showed the ferocity of Sephiroth at that time. It was the remains of Midgar Zolom that was skewered on a tree. This beast was actually powerful that could defeat a party easily if they were not prepared. Seeing it at this state showed how powerful Sephiroth was.

The game remake is now available on PlayStation 4.