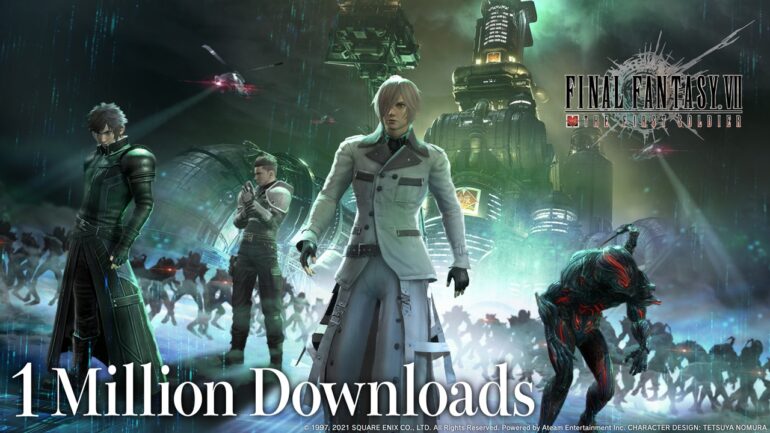 Final Fantasy VII The First Soldier has already gotten its first download milestone after a day since its launch and celebrates it with freebies.

According to Square Enix and Ateam, the new mobile game has achieved 1 million download in just 24 hours since launch. To celebrate with the fans as thanks, they have released special freebies that can be obtained in-game and can be helpful in their journey to become the best Soldier.

Players will get two kinds of items as a reward for getting that 1 million download milestone. The first one is the Chocobo Feed Set 2 pieces. Feed it to the Chocobo in order to improve its stats, which can be helpful in so many ways. The other item is three Shinra Pack Tickets, which can be used in the Shop for special items. Customization items for Chocobos and Character, and weapon skins can be acquired with these tickets.

The launch of the game was widely accepted and enjoyed by fans, but there have been others saying that this is a Final Fantasy version of PUBG, which is kind of true. More content will be provided as the game progresses.

Final Fantasy VII the First Soldier is now available on iOS and Android.