A new party member gets introduced! 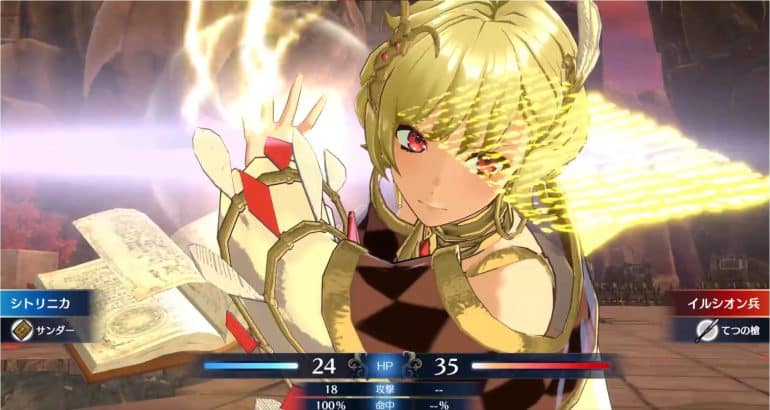 Magic Knight Citrinne is a royal knight from Brodia, according to a translation by Siliconera. She serves Prince Alcryst in the game. She is also a cousin of prince Alcryst and Diamant. She also starts as a Mage for her class.

Citrinne is being stationed at the capital as a royal knight of the kingdom. For her personality, she is quite kind-hearted and cares for her friends. Since she is part of the royalty, she uses her riches to spoil the people around her.

To become stronger, Citrinne practices magic without rest that sometimes she becomes too hard on herself. As a mage, she uses tomes to cast spells and attack at a safe distance but that can be a weakness when enemies get too close. She can, however, take down heavily armored units with high defenses.

The Japanese dub voice actor for Citrinne is Ikumi Hasegawa. She has voiced Vladilena Milize in 86 Eighty Six, Xiao Yu in Flavors of Youth, and Arcueid Brunestud in Fate/Grand Order.

Fire Emblem Engage launches on January 20, 2023 on the Nintendo Switch.