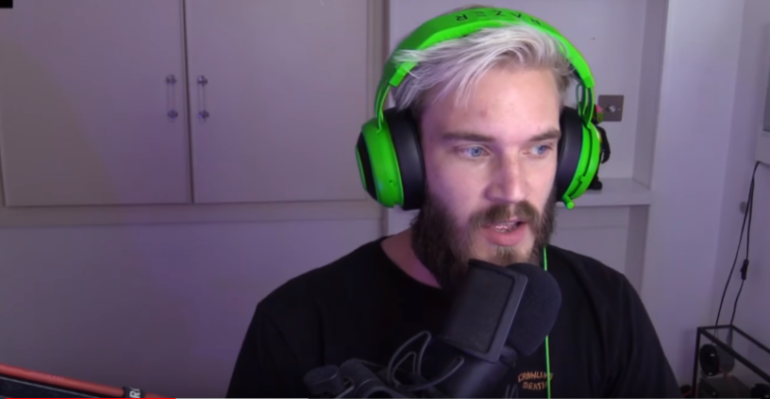 Following the actions of Sean Vanaman, the developer of Firewatch, several fans of Pewdiepie were outraged by his supposed reactions after Pewdiepie blurted out a slang on live stream.

Things became even more heated when the DMCA strike was actually approved by Youtube. Fans of Felix Kjellberg were outraged by the unfair treatment of Vanaman and his reason for filing a DMCA in the first place. He even begins to call Pewdiepie a “child” and that he’s sick of his attitude and encourages other developers to file a DMCA against him as well. 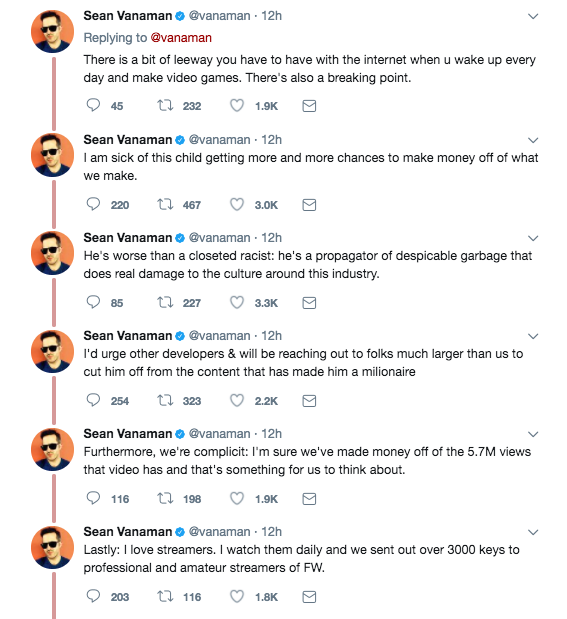 To be blunt, Vanaman isn’t filing a DMCA because of copyright issues. He’s filing it because he was offended by a “racist” slur and began to take action. This is even more ridiculous when you take into consideration that Vanaman not only gave permission but encouraged people to play his game online and even profit from it.

This means that developers can not only take away videos and take down channels in Youtube Let’s Plays for copyright, they can do it any time they want and for any reason. Even when they specifically gave permission for it.

One has to wonder just how fair the system really is for something that obviously shouldn’t be given a copyright strike.

Fans of Pewdiepie, even those who aren’t too fond of him, didn’t like this sort of action Vanaman took. They considered it childish and completely unfair to do this to Felix. Their response was to leave reviews reaching out not to buy the game because of a childish developer who takes drastic actions for such simple things he dislikes or takes offense to. 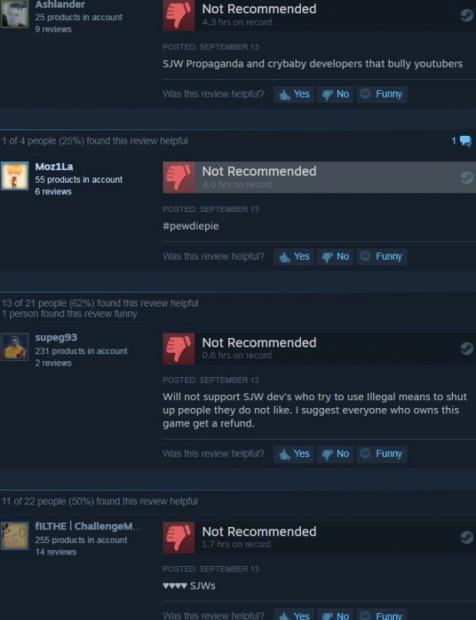 Pewdiepie himself reached out stating that he does not condone his fans “review bombing” on his twitter account. He states out that abusing DMCA is wrong but he is also not with his fans when they leave hateful reviews.

Most of these reviews really consist of people not recommending the game because the developers behind it are abusing DMCA. While not many reviews don’t exactly say that the game itself is bad, they do state out that Camp Santo will not hesitate to use whatever means to take down things they take offense to and refuse to support them. To be fair, this is actually a pretty fair warning for those who want to play and stream Camp Santo’s games.

What do you think? Who’s in the wrong here: a guy who blurted out one word and clearly wasn’t being racist in any way or a guy who attacked the other guy’s livelihood because he took offense to a single word?