Is there a Forspoken alternate ending? You will know when you are making the choice. 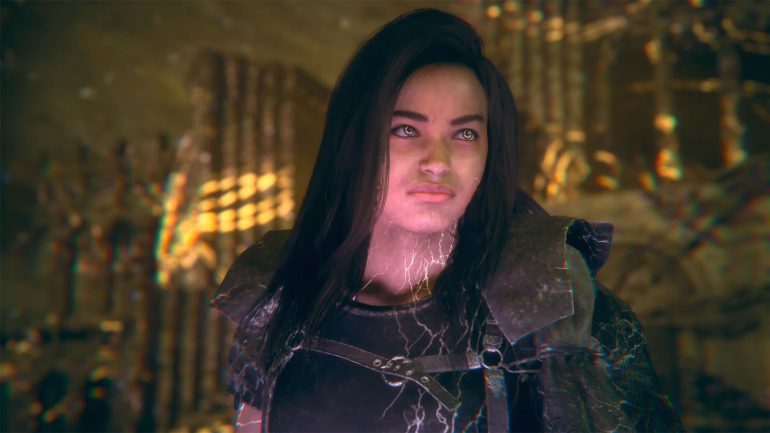 Forspoken has just been released, though it may take a while to explore Athia and go through the story, it’s best to know that Forspoken has two endings, the true ending, and an alternate ending, that can be chosen from. The paths diverge at the end of Chapter 11. Whichever one gets chosen will dictate Frey and Athia’s fate.

The part where you have to choose which ending to take is in Chapter 11: The Truth. After making the journey through Svargana and learning the truth behind the Break and the corruption that has happened in Athia, Tanta Cinta confronts Frey and opens up two Toranas. The portal on the left leads back to Cipal, while the portal on the right leads back to New York.

Be sure to keep an extra save set aside so you can go back to see the ending you missed!

Because of her love for her daughter, Tanta Cinta still gave Frey the decision to stay out of danger and go back to New York where it is safe. Choosing the portal on the right will bring Frey back to New York. She will then be seen walking down the streets while carrying Homer in her arms. This suggests that she keeps her promise to go back to Judge Bird and get Homer back, but this also means that she’ll be roaming the streets as a homeless person. This is considered to be the Forspoken “bad ending”.

After the short scene, the credits will play. You can still continue playing the game, but you’ll have to return back to the latest save file and pick it back up from there.

Picking the portal on the left will send Frey back to Cipal. She’ll then have to face Susurrus as the final boss of the game.

After defeating Susurrus, Frey is found by the remaining citizens of Cipal. A few weeks pass and the people of Cipal pay respects to the people they lost through a solemn lantern festival.

Frey is then seen monologuing what she wanted to say to Homer as she jumps through the air. The next scene shows Homer back in New York, suddenly being awoken by what seems to be Frey’s trail across the sky.

The scene then changes to Frey and Auden talking to each other about the future of Athia. Frey decides to venture into the other parts of Athia that are still plagued by the Break to help them recover. She then talks once more to Cuff who she managed to seal once again with the help of the Tantas, now as a tattoo rather than a cuff. Contesting with a defeated voice, Cuff refers to itself as “Vambrace” once more.

This is considered to be the Forspoken “good ending”.

However, the ending of Forspoken is not a typical “happy ending” as the game shows that the price of the victory was high. Frey sacrifices her chance to be with Homer for the greater good. The game leaves a bittersweet feeling as the player realizes that the victory was not a total one and the sacrifice of the characters were not in vain, but it also shows that there is still work to be done and the journey is not over yet.

Overall, Forspoken’s ending is a powerful and emotional one that leaves a lasting impact on the player. The game’s story and characters are well-developed and the player can’t help but feel invested in their journey. The game’s powerful message about sacrifice and the cost of victory is a powerful one that will resonate with players long after the game is over.

Is the Forspoken ending leading to a sequel?

Apart from the planned Forspoken DLC “Forspoken: In Tanta We Trust” which is scheduled to release around the Summer of 2023, the game’s developer, Square Enix, has not confirmed a sequel, but Forspoken’s open-ended ending has left fans hoping for more. A sequel would give players the chance to continue their journey with Frey and her companions, and explore the game’s rich world even further.

A Forspoken sequel, or Forspoken 2, would be a great opportunity for Square Enix to build on the mixed and critical acclaims of the first game, attracting new players and retaining existing fans. With its stunning visuals, captivating storyline, and immersive gameplay, a Forspoken 2 would be a welcome addition to the gaming world.

If you like this guide, be sure to check out our other Forspoken articles:

Check out this video by Rifza Gamer showing the events that lead to the alternative ending of Forspoken: