Can you Build in Fortnite Now? (Answered) 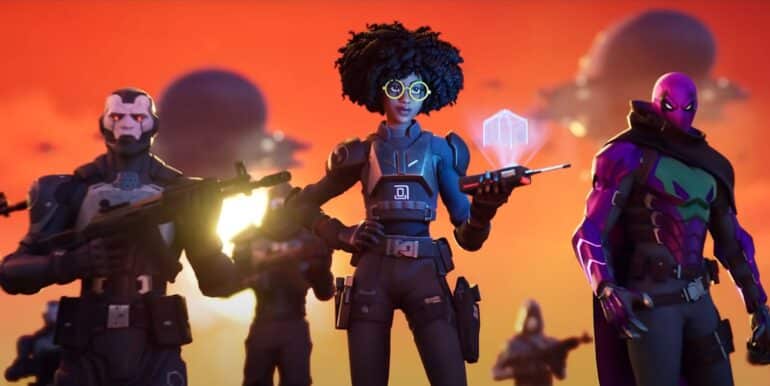 In Fortnite, the most significant change of the season was the removal of its building mechanic. When the popular Battle Royale game was first released, building was the distinguishing element that set it apart from PUBG and other similar games. No doubt about it, the public’s reaction was enthusiastic, and rumors quickly spread that the no-build option would become permanent.

Fortnite has undergone a tremendous change as a result of the addition of new mechanics by Epic Games. As more than just a part of the launch of chapter 3 season 2, Mantling and Tactical Sprint were both implemented.

What is Building in Fortnite?

Fortnite’s fundamental gameplay mechanic is the ability to construct structures from scratch. With the use of basic constructions such as walls and roofs and traps placed around the fort’s perimeter (only applicable to Save the World, you may build an effective defense). Basic building materials, such as wood, stone, and metal, are required for the construction of structures. In both game modes before, these materials can be harvested or destroyed to gain them. It’s also possible to get them by killing other players.

Why did Fortnite remove building mechanics?

The rationale Fortnite offered for the building’s absence is based on in-game lore. According to the game’s storyline, the Imagined Order villains have disabled the building ability by placing secret jammers in order to stop the Seven Resistance movement’s progress.

Fortnite’s move to remove building mechanics may also be argued to be a fresh approach to change things up in the game and test out a different version of Fortnite with players. Sometimes being listed as a con among reasons to play Fornite, building mechanics might be what’s hindering the game from attracting new players. No-building modes may be introduced in the future, or they may be scrapped if players don’t like this idea.

Can you still Build in Fortnite?

Despite Tuesday’s update, there is still no building in the main battle royale as a result of the new game mode being introduced.

Fortnite “Zero Build” is now a permanent mode in the game, and Epic Games has decided to keep it that way. Building is still available in arena and creative, but it’s unclear when (or even if) it will return to the game’s regular battle royale lobbies, where it was removed.

Where is the Building Mode in Fortnite?

Despite the lack of a building system in place, Fortnite has temporarily renamed its main mode. Fortnite’s building mechanics were reinstated on March 29th, 2022, with a new update. There appears to be an issue that prevents the building game modes from showing up in the discovery menu of the game.

Players can select Zero Build in Solo, Duos, Trios, and Squads matchmaking in the Discover menu found in the Fortnite lobby, the same way they would select any other game mode.

The Fortnite Zero Build Mode of standard battle royale has the exact same features as last week’s building-free version. A combat-focused mode, as the name implies, where players are unable to amass resources to build defenses. Additionally, Mantling, Tactical Sprint and Ascending to board blimps will all be available in this mode as well.

On top of the Apex Style movement system in place, a new default loadout is also included, featuring the recharging Overshield, Maybe they added this because the objective of building was to provide protection, after all.

People on Reddit and other social media sites have praised the change to the game’s building system. The adjustment also resurrected a number of old Fortnite streamers, resulting in a bit of a Twitch renaissance and a lot of nostalgic 2018 and 2019 memories.

Building will always be an important component of Fortnite’s environment, as it is the foundation of the game’s many different game modes. It will be possible for those who want to use the building in BR to do so in the future.

Is Fortnite no building permanent?

Epic Games is rumored to be planning to make the ‘No Building’ mode a permanent addition to the game. Despite the fact that many members of the Fortnite community are eagerly awaiting the return of the famous building function, many others have expressed their belief that it should never be brought back.

When is Fortnite building coming back to battle royale?

Since Epic Games made the decision to temporarily eliminate building at the start of Chapter 3 Season 2 last week, Fortnite players have been divided, with many fans keen to know when it will be coming back.

But if you just want to know when you’ll be able to get back to the old-school Fortnite building, here’s what Fortnite leakers say when the feature will be returning:

It’s not clear at this moment when building will be available again in Fortnite, but the loading screen information indicating that “it’s up to the Resistance to get it back” hints that it’s not a permanent change. No word from Epic on how long this change will last, and previous claims that construction would return in nine days seem to really refer to the introduction of Zero Build mode. Epic has yet to publicly comment on this.

Zero Build has made it more probable that Fortnite’s original battle royale mode will return as an option, although there is no clear timeframe for when this will be available again.