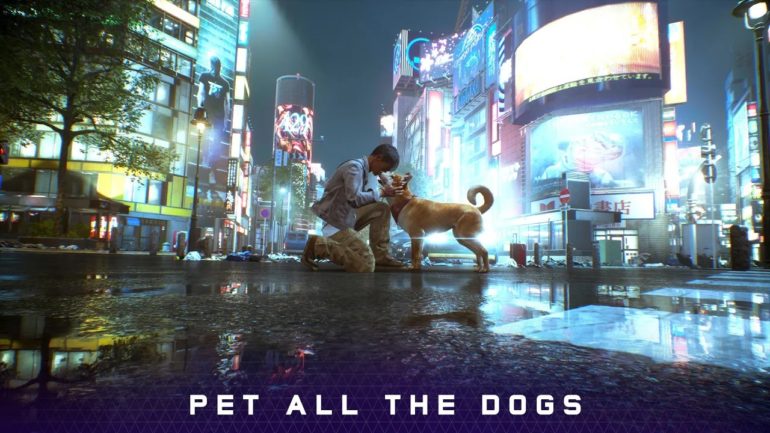 Tango Gameworks recently shared some really interesting information related to the dogs scattered around in the world of Ghostwire Tokyo.

The official Twitter account of Ghostwire Tokyo recently made a new post with a video attached showing a dog, a Shiba Inu to be exact, interacting with the protagonist. It seems he wanted a treat and the protagonist obliged by giving him food. After eating, the dog barked which got translated that said he was thankful for the food because he needed it. It seems players can somehow talk with animals in this game.

So after getting fed, the Shiba Inu walks away for a bit and digs something out from the ground. After a few seconds, coins appear and fly towards the protagonist. It shows the players can get rewarded for interacting and feeding the dogs in the game. In the game, there are several dogs walking around the deserted Tokyo City so by interacting with them and giving the object they want, players might get rewarded with various bonuses.

Aside from food and digging up for treasure, there is another feature for the dogs in the game. There was a recent hands-off preview that showed a dog that looked quite agitated and was barking at something when it faced a dark alley. It was revealed that there was a Visitor, the supernatural enemies in the game, in that alley. The dogs serve as an alert before facing such monsters.