Ghostwire Tokyo All Trophies and How to Get Platinum 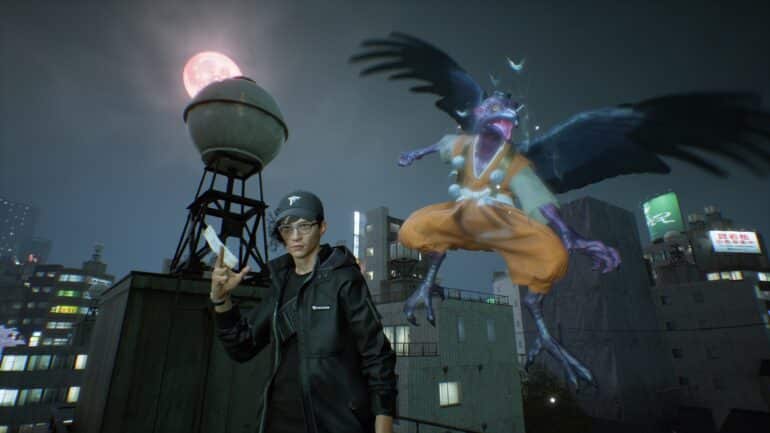 Ghostwire Tokyo is a supernational first-person shooter that tells the story of Akito and his spectral buddy, KK. As an FPS game, Ghostwire Tokyo is light on the actual marksman trophies. Most of the trophies can be acquired by playing the game naturally. This game, however, is full of open-world trophies that you need to acquire in order to get the platinum.

How to Get the Platinum Trophy in Ghostwire Tokyo

In order to unlock the Platinum trophy for Ghostwire Tokyo, you’ll need to collect the other 56 trophies below.

None of the trophies are missable (the game will warn you ahead of the final battle section for any unfinished business), and there are no glitched trophies that’ll make things harder than it needs to be.

For the Trendsetter trophy, you’ll need to acquire all the game’s 49 outfits. This can be done by doing side missions, buying from nekomata, and collecting relics for nekomata collectors

The Hero Shibuya is a time-consuming trophy. Constantly use Spectral Vision. Explore the city. Fully upgrade Grapple to reach high places easily. Spirits can found in all sorts of places. Eventually, you’ll want to use a combination of upgraded Spectral Vision, upgraded Spirit Perception Prayer Beads, and all 50 katashiro paper dolls to make the task easier.

And finally, make sure to keep track of the souls from each Shrine region. Also do as many map activities like corrupted areas and Containment Cubes. If you’re still coming up short, there are a few thousand souls trapped in Shibuya Underground.

The Wishmaker trophy is unlocked after resolving all 42 side missions. Keep in mind, the the-three-part mission “After the End” is kind of missable. But the game will warn you before embarking on the final ride.

Most bronze trophies can be unlocked naturally. Some others need a little effort to unlock.

The Liberator trophy can be unlocked after cleansing all of the game’s 29 torii gates.

The only way to unlock the Mind and Body trophy is to reach level 50, collect all of KK’s Investigation Notes, (see our guide for reference) and collect all 40 magatama from Yokai from side missions and map activities. You also get the On the Same Wavelength trophy for reaching level 50. On top of that, the With Their Powers Combined trophy is unlocked after collecting all 40 magamata.

The Pilgrim trophy is unlocked after praying to all 52 Jizo statues on the map. All statues are found near roadsides and inside alleys.

The Your Tail’s Showing trophy is unlocked after finding all 25 missing tanuki. (see our guide to find All Tanuki)

The Gourmand trophy is unlocked after collecting all types of food and drink. (see our guide on All Consumables)

You should be able to get the Visiting Hours are Over trophy after defeating all 23 types just once. Of all of them, I’d say the Forsaken is missable, the only way to “defeat” it is to quick purge before it becomes alerted. One can be found in a park directly east of Chishima Shrine.

For the One Fell Swoop trophy, you may want to find a group of five, herd them into one spot, drop an Exposure talisman, and Wire-In for good measure. That should be more than enough to get this trophy.

Most of the hidden bronze trophies can be unlocked naturally or some of them are so simple, they’re pretty much self-explanatory.

The Don’t Worry About It trophy is unlocked after pulling a “Daikyo” from an omikuji box. Just keep trying when you get the chance until you succeed. It’s just 200 Meika per try and worse case you’ll be traveling between major shrines until you pull it.

You have some options for unlocking the Sniper trophy. Either go on top of a building and look for one that doesn’t carry an umbrella. Or use the map to calculate the distance by creating a custom location, and trying to judge the distance as best you can. Doable but might take some time and luck though.

The Walking on Air trophy is a lot harder to unlock than it seems. First off, you have to find a way to glide as soon as you are in the air. Setting foot on the building nulls the tracker immediately. Then you’ll want to grab the Tengu summon ability to call one up as soon as you are falling. You may also want to fully upgrade your glide as well. Glide in the air for about 4 seconds until attempting to grapple unto the next building. Find a good spot with plenty of space and you are good.

And that’s about it for the Ghostwire Tokyo Platinum Trophy guide. I hope this guide helped you in getting your Platinum trophy!