Here is where to find all Ghostwire Tokyo Occult Nekomata Relic Request Locations. 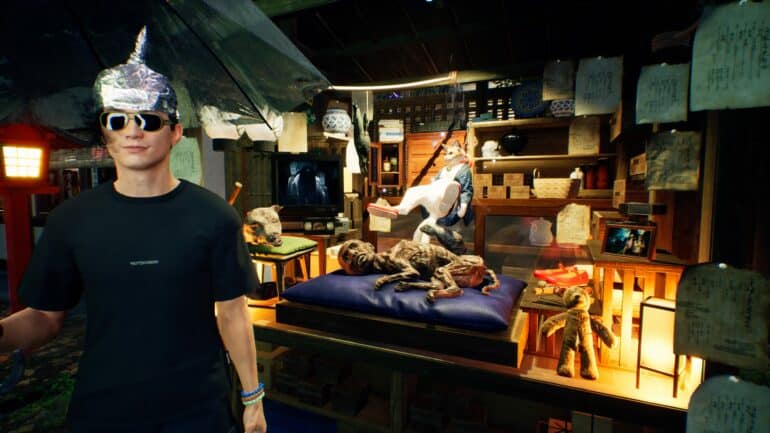 A curiosity for all things Occult is not a bad thing, but when the literal manifestation of negative emotions comes spilling into the living world, that’s when I draw issue. And that’s what we’re dealing with in Ghostwire Tokyo. Even with the Occult Nekomata dabbling in the dark arts, it can’t get worse, right?

As the name suggests, the Occult Nekomata is one that deals in supernatural and/or cursed. Its 11 relic requests are an unsettling nightmare that becomes even more creepy the more they accumulate.

What are Nekomata Relic Requests in Ghostwire Tokyo?

The Nekomata in Ghostwire Tokyo are yokai who are more than happy to provide supplies and ammunition to Akito for the right price. These wheelin’ and dealin’ cat-like yokai only deal in a special currency called Meika.

Occasionally, you may be tasked with acquiring relics for the Nekomata in exchange for Meika and other rewards. It is beneficial for both parties that these good relations continue for as long as possible. And nothing is more friendly than doing someone a favor.

Located inside a tent north of the Shiroyama Shrine. The film camera can be found on a makeshift table in the middle of the tent.

Located in an alley west of the Akisawa Shrine. The cursed videotape can be found inside a blue plastic crate among bags of garbage.

Located in an alley behind a building west of Nomita Shrine. The cursed videotape can be found on top of a stack of newspapers beside a couple of blue trash cans.

Located on the second floor an apartment complex southeast of the Kuo Shrine. The haunting photo can be found on the floor next to the apartment that’s part of the “A Full House” side mission.

Located in one of the toilets inside the Tsukina Dai-ichi Park south of the Shiroyama Shrine. The ghastly knife can be found on top of the toilet’s tank.

Located inside a porta potty inside the Construction Labyrinth southeast of the Yashin Shrine. The Ghastly Knife can be found beside the toilet bowl.

Located in a restroom inside the Shibuya Underground. The ghastly knife can be found inside a toilet stall atop a pile of clothes.

Located in the subway tunnel of the Shibuya Underground. The Inugami Mummy can be found at a collapsed tunnel, shined on by a light.

Located in the forest north of the Kirigaoka Shrine. The straw doll can be found nailed on a tree overlooking the town.

Located inside a park playground North of hte Utagawa Shopping District Torii Gate. The straw doll can be found nailed on the side of a tree.

Located on a building next to the Saihama Buidling Rooftop Torii Gate. The taxidermy crow can be found strung up on the side of a clothesline.

Located in the underground parking garage south of the Kappagaike Torii Gate. The red shoes can be found at the security gate leading out of the garage. You’ll need to destroy the pool of corruption to safely get it.

Located in a crawl space under a building’s stairs southwest of the Shimokusa Shrine. The unsettling plushie can be found in a blue plastic container atop some junk.

Located inside the Kamio Shrine. The hu-mutt mummy can be found on a table right of the shrine.

Located in an open field south of the cemetery and north of the Kappagaike Torii Gate. The Tsuchinoko can be found on the ground.

This relic is relatively annoying one to deal with. In the course of the search, there will be decoys that look like the Tsuchinoko. You’ll still want ot pick them up to reset the search. Afterwards, you’ll have to wait until another sighting occurs for a chance to get the relic.

These rewards are based on how many requests you’ve completed in the Ghostwire Tokyo Occult Nekomata Relic Request.

And that’s about it for the Ghostwire Tokyo Occult Nekomata relic request locations. I hope this guide helped you out on your search! And remember there are other Nekomata out there looking for help in their own searches.