Goat Simulator 3 Ad Gets Taken Down by Take-Two

Due to a controversial clip featured in the trailer. 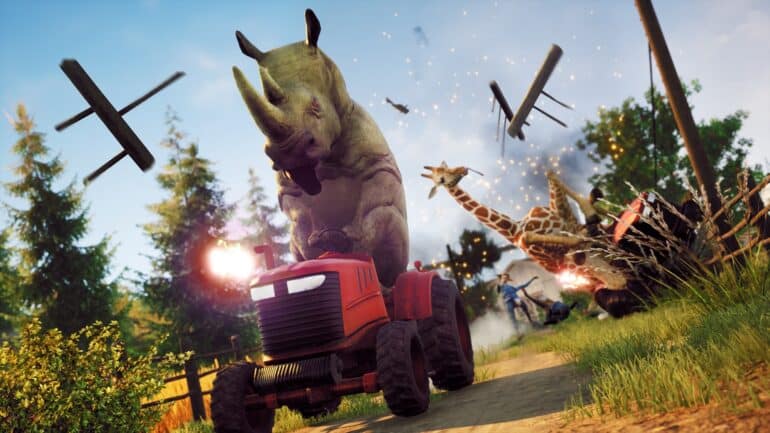 Take-Two has recently issued a DMCA on developer Coffee Stain North after a Goat Simulator 3 ad featured a rather controversial clip.

Take-Two, a parent company of Rockstar Games, took action right away after a Goat Simulator 3 ad featured the allegedly leaked Grand Theft Auto 6 footage. It quickly sent a DMCA to Coffee Stain North to “ask” them to remove the ad right away.

The trailer got removed but the internet always remembers. According to those who have already seen it, the video features the introduction of a rather normal NPC called Shaun. It featured this NPC getting interviewed about his work on the game.

Shaun talked about his interesting skills involving doing rag-doll and even boasted that he went to a prestigious school to do this. He also talked about how he would reflect on some things he would randomly do like sitting on the bench and thinking about world peace.

This is where things got interesting. He revealed that he has done other stuff and at those few times he joined big game worlds. He even prided himself in saying he can be found in some footage that got leaked a while ago.

The trailer then showed a shot of Shaun in an edited clip from the allegedly new sequel GTA 6 leaked footage. Take-Two was not happy about this and now the clip is nowhere to be seen.

Goat Simulator 3 is out now on PC, PS5, and Xbox Series X/S.