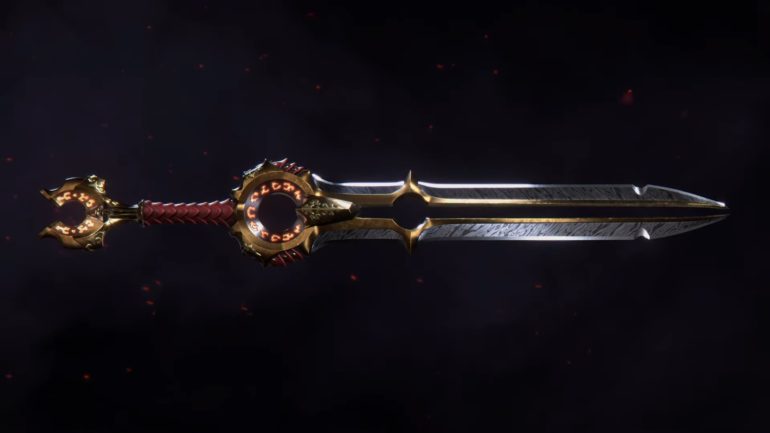 The latest teaser video featured a sword called the Eclipse. According to the clip, the sword is forged by pure Sunsteel, which could mean a type of metal material that have powerful properties. It has been cast in “twilight” and crafted “as the stars rise.”

Ascend with the celestial flame of Eclipse!

Eclipse is clearly the name of the sword. It has an interesting design with gold and red highlights. It looks to be a one handed sword.

The upcoming game will launch on PlayStation 5 and PC this coming holiday 2020.

Check out the teaser video here: