Guild Wars begins in Ragnarok X: Next Generation this weekend

It is time for the Guild Wars! 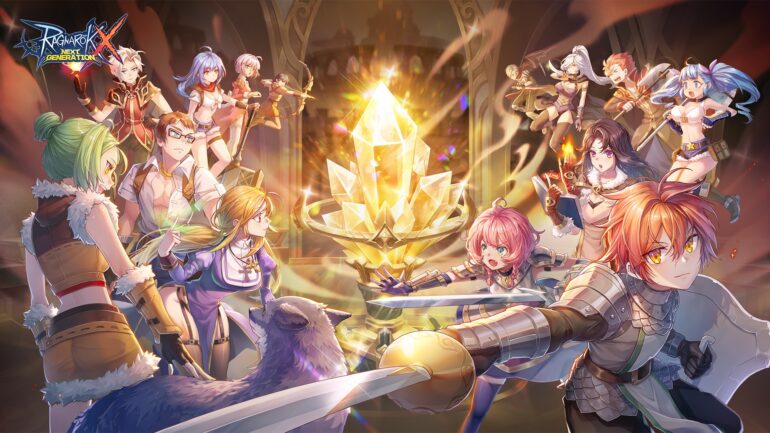 Nuverse took the entire South East Asia by storm. No one has expected a revival of one of the most beloved massively multiplayer online role-playing game (MMORPG) from Gravity. Ragnarok X: Next Generation (ROX) is one of a kind, it’s a 3D mobile MMORPG and a successor of the 2003 release. It has garnered 5 million downloads, with about 1 million concurrent players playing the game.

Today, Nuverse just announced that it is launching its first hotly-anticipated Guild versus Guild (GvG) Update, the Guild Wars, this weekend in Ragnarok X. Guilds can participate in large-scale player versus player (PvP) battles. This will put the guild members to the test as teamwork and proper coordination are key to winning. Players will emerge victoriously, and reap the rewards.

For veterans of the original Ragnarok Online, Guild Wars existed. This was a way for community players to showcase their members, and was considered to be a test of power for all who played the game. While the GvG System takes a lot of cues from the original game — that’s with guilds going head-to-head battles from one base to another to conquer and capture by destroying the Emperium crystal — a new mechanic is added: that is defending the base from other guilds after capturing the base.

There will be 3 main phases during the Guild Wars. First off, the players will go through the Siege War phase. Players will have to fight monsters to take control of the neutral bases, then once after the base is captured, it then goes to the second phase — the Clash of the Champions. Guild members must defend the bases from other guilds for 15 minutes in order for the defending guild to be the base’s defenders during the Defensive War phase in the next couple of weeks. When the defender manages to fend off other guilds for 45 minutes, the defender gains occupancy over the city, with plenty of exclusive rewards waiting for the 5 guilds that claim each major city in Midgard.

When players participate in the Guild Wars, it gives the participants a chance to earn a GvG Participate Chests that are highly dependent on your actions like defeating enemy guild members or when you play as support by reviving your fallen guild members. The Guild that emerges victorious will get a City Owner Chests that will contain Guild Contribution and Shadow Equipment Materials.

Furthermore, they will also gain access to the Abyssal Arcade, it’s a special PvP area where all the five winning guilds must defeat special MVP bosses that will drop valuable and the rarest loot and equipment you could ever find in the game.

Ragnarok X: Next Generation is already available on iOS and Android, and prepare for the Guild Wars happening this weekend.