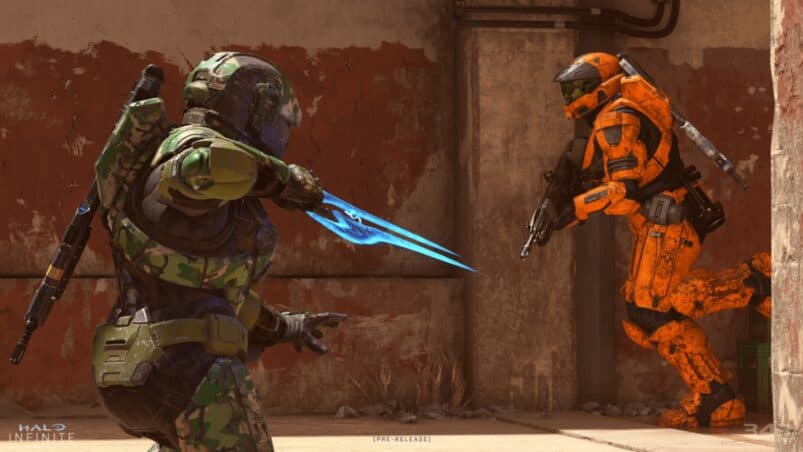 There are a few things more frustrating than not being able to start a game because of some error and that’s exactly what’s happening for the Halo Infinite Multiplayer for many players.

If you installed the game through the Xbox app on PC, you may have pressed play and got a blue screen instead of the game. This means that the game has crashed. According to community director Brian Jarrard, issues will still arise since the beta is still being rolled out.

How to Fix Blue Screen Error on Halo Infinite Multiplayer

To fix the blue screen error that you encounter when starting Halo Infinite, hard restart your PC. For those who already have the beta installed, there should also be an update that you need to download. If the issue still persists follow the steps below:

Make sure there is enough space for the game

Make sure there is enough space on your hard drive for the game, and enough space for new updates. If there’s not enough space, the game won’t update or even send a notification.

PC graphics drivers must be up to date

Update all your drivers and applications required to run the game such as DirectX.

If unsure which graphics driver to install:

Halo Infinite players who downloaded the game from Steam are reporting less instances of errors compared to those who installed the game via the Xbox app on PC.

After the game is installed, manually check for updates.

Make sure that you are running the most up-to-date version of Halo Infinite before starting the game again.

How to Fix Blue Screen Error on Xbox

If you select the Halo Infinite Multiplayer tile on your Xbox One or Xbox Series S|X you’ll only get a blue screen where you can’t really do anything much. The fix isn’t that complicated. There are two simple steps to fixing this issue.

Reboot Your Xbox One or Xbox Series S|X

After your Xbox has properly restarted, the game should automatically download now for you. It is a good 25GB download. If not, go to your My Games & Apps and check the updates and you should see the Halo Infinite Multiplayer game for download.

By restarting your console, you force it to automatically install the full game which should fix the blue screen crashing. Now you’re ready to hop into the game and start playing!