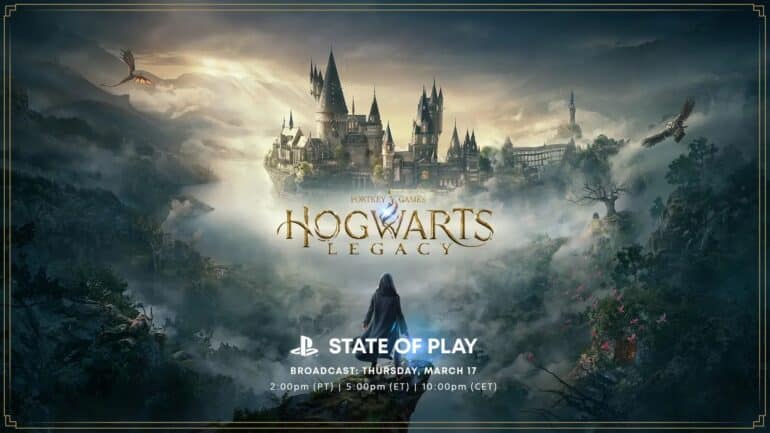 Warner Bros. Games and Avalanche Software has recently announced that upcoming video game Hogwarts Legacy will be the main focus in the next State of Play broadcast.

According to the recent post on the PlayStation Blog, Community Manager Chandler Wood revealed the first trailer for Hogwarts Legacy actually gained a lot of views since it first got shown on the PlayStation YouTube Channel. It garnered over 28 million views, which proves there are a lot of Harry Potter fans out there who really want to get a new game based of the franchise.

Warner Bros. Games promised last time there will be more content to share later this year and now is the time for that. The developers are now going to deliver on that promise.

Just like previous State of Play broadcasts, this will run for about 20 minutes. It will include over 14 minutes of Hogwarts Legacy gameplay captured on PS5. There will be some insight from few members of the team at Avalanche Software by the end of the video.

Hogwarts Legacy is planned for launch this year. It will be available on PS4, PS5, Xbox One, Xbox Series X/S, and PC.